National Cemeteries May Limit Eligibility as They Run Out of Space 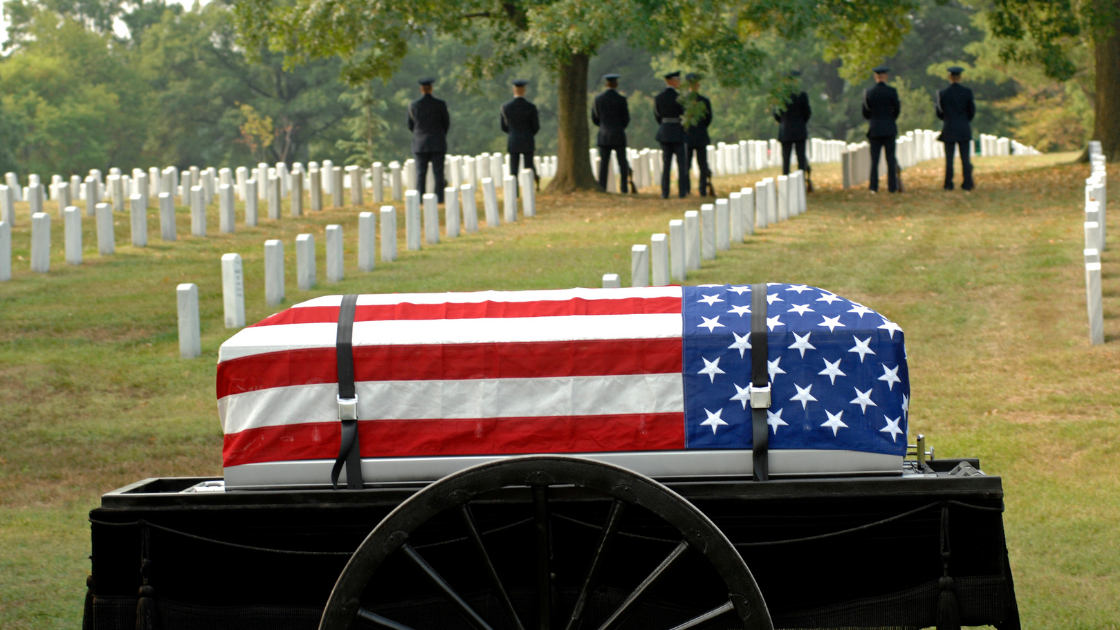 National Cemeteries May Limit Eligibility as They Run Out of Space

The U.S. Army is planning to limit eligibility for burials at Arlington National Cemetery as the iconic burial ground runs out of in-ground burial space. Under a new proposal, only “service members who received the highest combat awards” would have the right to be buried there. This includes troops killed in action, former POWs, and those who earned a Purple Heart, Silver Star, or higher.

Even with an upcoming expansion of the site to accommodate 80,000 new burials, cemetery officials say Arlington will run out of room by the 2060s. To make room, the cemetery has taken creative measures, even moving utility lines. But planning for “well into the future,” which the cemetery defines as 150 years, will require changing eligibility requirements in addition to other measures.

Some veteran advocacy groups oppose the eligibility changes, claiming the new standards are unfair to veterans who served and expect military burials. Mark Belinsky, of the Military Officers Association of America, is calling for the VA to build entirely new cemeteries in order to accommodate more veterans with full military honors. Kathi Dugan, a retired Navy veteran, says a military burial is an important part of the debt owed to military families and veterans. It’s a promise, she says, “sealed with the patriotism and the blood and the sweat” of the men and women who served.

But the VA also wants to keep veterans’ graves close to their families, a feat becoming more and more challenging in crowded, expensive cities like Los Angeles, New York, and San Francisco. While some veterans and families would choose a columbarium closer to home over a traditional cemetery farther away, others express concerns about being forced to choose cremation despite religious objections in order to receive a spot in a national cemetery.

Since 2015, the VA’s Urban Initiative has funded columbarium projects that expand cemetery capacity in dense cities where real estate is at a premium and cemeteries are often surrounded by developed land. In October 2019, the Los Angeles National Cemetery, which had been closed to new burials since 1978, expanded its columbarium as a way to allow more interments and provide alternatives to ground burial. Similar projects are planned for national cemeteries in New York, San Francisco, Indianapolis, and Chicago.

Along with the Urban Initiative, the VA also launched a Rural Initiative “to address barriers for Veterans who lack reasonable access to VA national, state or tribal Veterans cemeteries in rural areas.” The two initiatives will provide a burial option in a military cemetery within 75 miles of home for 96 percent of veterans.

However, the VA remains behind schedule on cemetery projects. In San Francisco, the completion of the new cemetery, first scheduled to open in 2017, has been delayed by a decade. In Chicago, the VA failed in its last four attempts to purchase land. One creative solution: taking over unused military property for the purpose of building more cemeteries.

The Army plans to finalize new eligibility requirements by the end of 2021.