It’s Time for Visibility and Support for LGBTQIA+ Deathcare Professionals 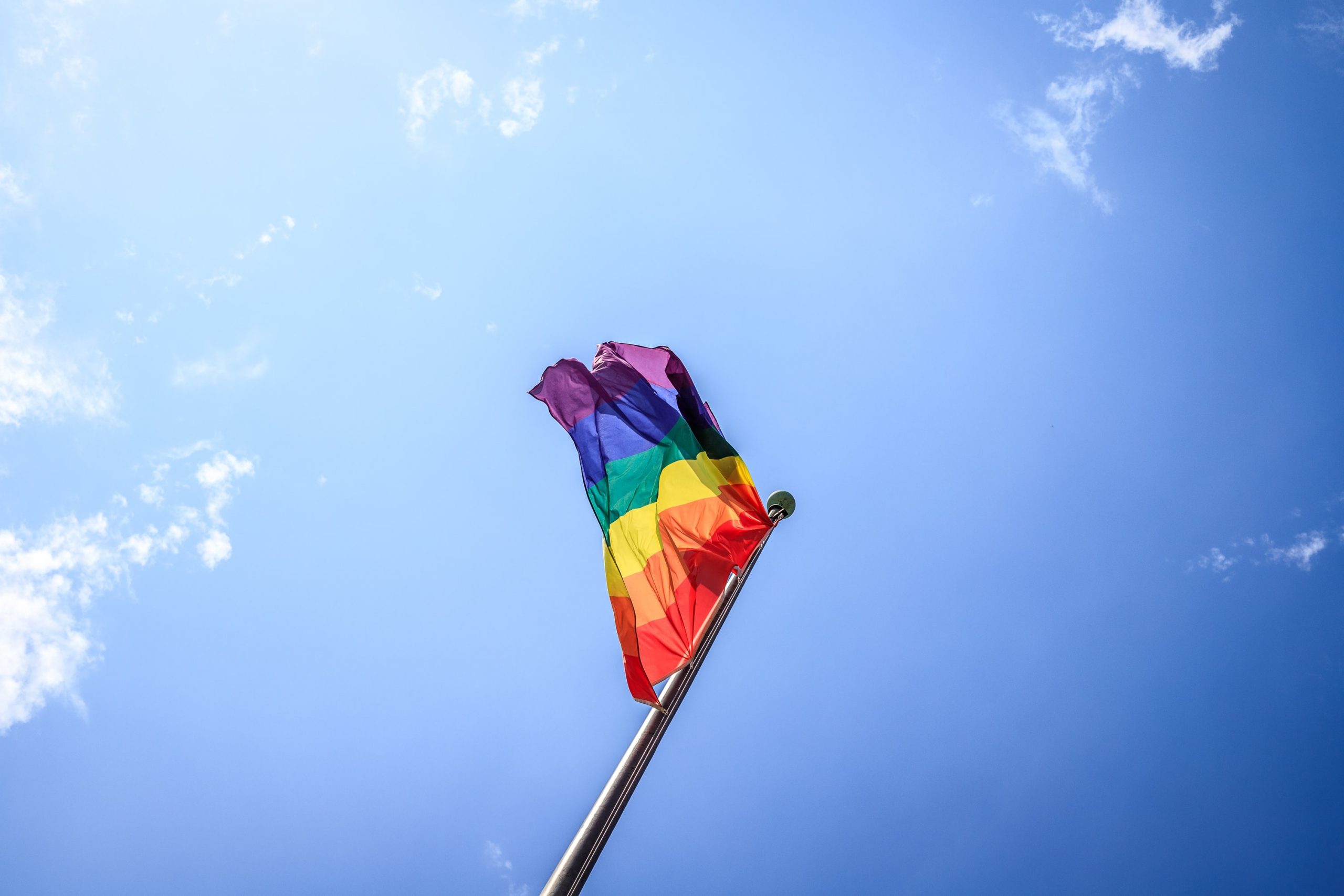 Alexandra is the Content Manager at Parting Stone where she creates forward-thinking content for funeral professionals. Alexandra is passionately death curious, and co-hosts the Deathcare Decoded podcast. Learn more about Parting Stone and their complete alternative to cremated remains here.

It’s Time for Visibility and Support for LGBTQIA+ Deathcare Professionals

June is Pride Month in the US, which is historically a time of celebration of the LGBTQIA+ population and remembrance of the history of oppression around gay human rights. If you’ve been in the deathcare space for any amount of time, you’re probably aware of the well-known but rarely talked about phenomenon of high rates of LGBTQIA+ individuals in deathcare professions.

Before entering deathcare, I had no idea that so many other queer folx were also drawn to this career, and I’ve since wondered what the exact correlation between deathcare and queerness is. For me, discovering the abundance of fellow queer folx in deathcare was a big surprise, partly because a huge percentage of gay death professionals are not “out” at work, due to persistent concerns about safety and discrimination. This could be one reason why this portion of our profession goes widely unacknowledged and unrecognized.

It turns out, there is data available that proves the reality of high numbers of queer death professionals and reveals that there are some concrete reasons why the LGBTQIA+ population is drawn to careers in the death care space. Creating an open, supportive, and safe work environment for all employees is important, and research shows that failing to do so for LGBTQIA+ deathcare professionals can have negative repercussions for funeral businesses.

Click below to download a free ebook guide on how to make your funeral business more LGBTQIA+ friendly.

LGBTQIA+ People in Deathcare: The Data

Even though the high population of queer people in deathcare may not be a frequent topic of conversation in this industry, statistics support the fact that the death profession is one of the most common jobs among the LGBTQIA+ population. This article uses data from two large national surveys to rank “Mortician/Undertaker/Funeral Director” as #11 on the list of “Occupations with the Highest Joint Proportion of Gay and Lesbian Workers.”

Deathcare jobs ranking number 11 on the list becomes even more significant considering the fact that one survey used in the study cited by this article (the American Community Study) gathered data from over five million individuals. It’s clear that whether we acknowledge it or not, a large portion of the deathcare workforce falls somewhere on the LGBTQIA+ spectrum.

Along with proving that LBGTQIA+ people commonly choose careers in deathcare, the data collected in a study and accompanying article in Administrative Science Quarterly called “Concealable Stigma and Occupational Segregation: Toward a Theory of Gay and Lesbian Occupations” also gives reasons as to why deathcare is such an appealing space for queer folks.

“Drawing on literatures of concealable stigma and stigma management we develop a theoretical framework predicting that gay men and lesbians will concentrate in occupations that provide a high degree of task independence or require a high degree of social perceptiveness, or both. Using several distinct measures of sexual orientation, and controlling for potential confounds, such as education, urban location, and regional and demographic differences, we find support for these predictions across two nationally representative surveys in the United States for the period of 2008-2010”

What this study reveals is that LGBTQIA+ workers seek out jobs that allow them to work more independently (though not necessarily alone) and jobs that require a higher level of social perceptiveness. Funeral Director falls firmly in the category of jobs requiring a high degree of social perceptiveness because of the acute emotional intelligence that is required to deal with death, loss, and grieving families directly day-to-day.

This data could also suggest that queer folx are inherently well-suited for professions that require more social awareness and emotional intelligence. The same article that lists the top LGBTQIA+ professions in the US explains that, “Our findings suggest that gay and lesbian workers might be drawn to a different set of occupations than heterosexual workers and perhaps bring with them a distinct set of skills to these occupations. Gay and lesbian workers probably developed some of these skills as a result of social adaptation to discrimination.” Furthermore, the article from Administrative Science Quarterly explains that, “social perceptiveness is likely to emerge as an important social adaptation or coping skill for many gay and lesbian people at a relatively young age. Addressing the dilemma of disclosures vs. concealment across social situations requires sensitivity in order to read and anticipate others’ reactions […] which in turn are valued behaviors in occupations that require social perceptiveness.”

In an interview for the Deathcare Decoded podcast, Jason Engler, licensed funeral director, certified celebrant, and renowned cremation and urn historian, explains why, as a gay funeral director, he thinks so many LBGTQIA+ people are drawn to and thrive in the deathcare space:

So Why Aren’t More People “Out”?

The most obvious answer to the question of why there isn’t a wider knowledge about the high population of LGBTQIA+ funeral professionals is that many queer individuals are not willing or able to be “out” at work. This fact is true across many professional fields, and deathcare is no exception.

The primary reason why many queer folx might be hesitant to come out at work is fear of judgment and subsequent job loss. This article from Harvard Business Review explains that “Though the LGBTIQ+ community has seen big wins in the past few years — same-sex marriage is now legal in 26 countries, and around 20 have passed some kind of legislation recognizing transgender rights — coming out is still dangerous in many areas of the world and can be deadly for trans and gender diverse people. Even in countries that are economically developed and progressive, like Australia, homosexuality has only been decriminalized since 1997, and marriage equality was just legalized in December of last year. The LGBTIQ+ rights movement is still very much in progress, and this factors into some workplace cultures and how comfortable people may feel coming out.”

Deathcare has some specific elements that might make funeral professionals hesitant to come out of the closet. Close religious associations with this job in many regions of the US are a huge and specific factor in queer death care workers hesitating to be their full selves on the job. Conservative religions have made their stance on human rights, gay marriage, discrimination, and equality clear, and losing clients, families, and business resources for funerals is a risk when being a funeral director, especially in more rural or conservative parts of the country.

On the Deathcare Decoded podcast episode “Supporting LGBTQIA+ Deathcare Professionals” I talk in-depth with Jason Engler about the need for more community support and visibility for LGBTQIA+ deathcare professionals. Since so many of us are still “in the closet” for the reasons outlined above, there is a real lack of communal support for LBGTQIA+ deathcare professionals. Lack of communal support could play a role in encouraging queer deathcare workers to keep their identities hidden.

Research supports the idea that LGBTQIA+ employees need support in the workplace. This article in Harvard Business Review explains that “A lack of support from co-workers and supervisors, and past experiences of discrimination, often prevent LGB workers from coming out. But our research also shows that respondents are more concerned about social exclusion than career penalty. While about 19% of respondents who are not out at work worry their careers would be ruined if they were, 70% are concerned coming out would make their colleagues uncomfortable around them.” If an employee thinks they will be socially rejected for being gay, or that they are alone in their professional world, they are more likely to stay in the closet, which in and of itself inhibits the communal connections needed to form a safe and supportive network across the profession. This is why it’s so important for funeral businesses to take the first steps in cultivating an environment that is inclusive, equitable, and supportive for their employees.

Click below to download a free ebook guide on how to make your funeral business more LGBTQIA+ friendly:

What does this mean for your funeral business?

Research shows that employees who feel safe to come out completely at work are happier, more productive, and more likely to stay with a company long-term. A recent article on Harvard Business Review explains that,

“It’s becoming clear that when workers can bring their authentic selves to work, they are more productive and engaged. Research shows that coming out increases job satisfaction, intention to stay, and emotional support from co-workers, whereas staying “in the closet” has costs — both for the individual and the company[…] Our research reveals that people who are able to come out at work are happier. Compared to workers who are out to some people or no one at all, those who are completely out at work are significantly more satisfied with their job (29% versus 16%), enthusiastic about their job (40% versus 26%), and proud of their work (51% versus 38%). Other research finds that having a double life — being out in private life but not at work — increases social stress and depression.”

Fostering an environment that is insensitive or oblivious to LGBTQIA+ deathcare professionals could mean more employee turnover, and higher overall job dissatisfaction amongst your staff. At Parting Stone, we have seen first-hand the positive impact of an accepting and supportive company culture. Embracing our LGBTQIA+ staff and cultivating a safe workplace for all of our employees has been a priority since the beginning of the company, and has contributed to our high employee retention rate and the overall success of our business.

To get a taste of Parting Stone’s company culture and values, attend their July 6th Webinar about how offering solidified remains can empower your families. Click below to register.

When your employees feel safe to bring their whole selves to work, especially in a demanding profession like deathcare, they do better work, and add more value to your company. Cultivating a safe work environment and allowing more LGBTQIA+ deathcare professionals to come out will create more opportunities for community support and help build positive relationships across this profession.