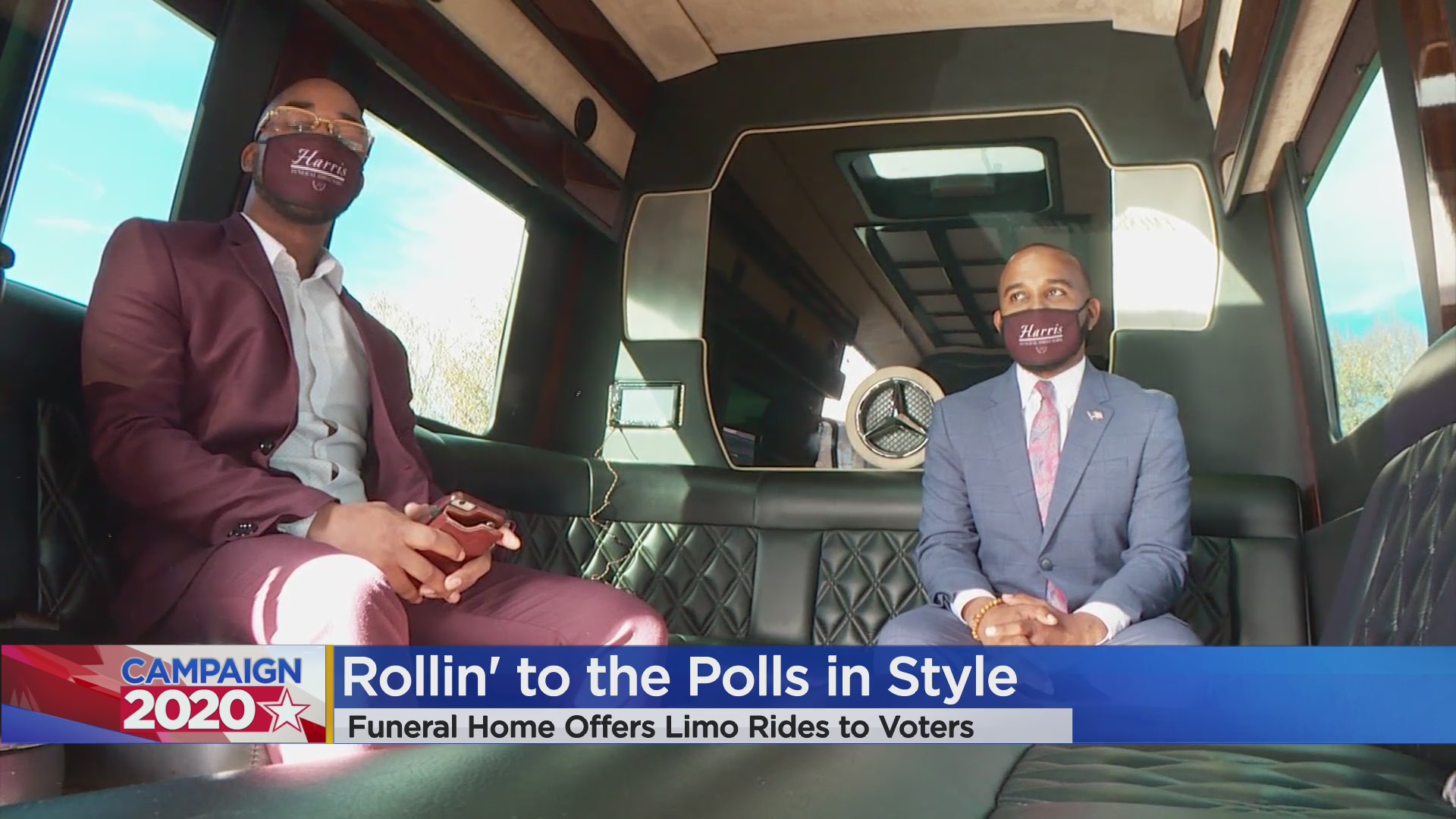 Every Election Day, organizations across the country mobilize to offer free rides to the polls for voters who have trouble getting to their polling location. Even in a year without a global pandemic, reaching a voting center can be difficult for many senior citizens and people with disabilities or limited financial resources. For decades, funeral homes across the country have reliably offered this service, using their vehicles to play their part in supporting the democratic process.

Duane Harvey, a Kansas City funeral director, has offered transportation to polling sites since the 1990s in his stretch limousines, the vehicles normally used to transport families to funerals. A hearse, he figures, doesn’t radiate optimism about the electoral process. He says his neighbors appreciate the luxurious service in his 7,000-pound Cadillacs. “My drivers open the door for you and everything,” he quipped.

Harvey’s funeral home is one of over 200 mostly Black-owned businesses that used their fleets to drive people to the polls this Election Day. Deeply embedded in their local communities, these businesses see voter transportation as a natural extension of their service. Organized by the National Funeral Directors and Morticians Association, this effort has placed funeral homes at the forefront of the movement for increased voter turnout. This year, over 200 funeral homes participated.

With record voter turnout and COVID-19 precautions complicating the voting process and upending public transportation this year, the transportation service offered by funeral homes helps fill a crucial gap in voting infrastructure, ensuring that more people can reach the polls and cast their vote. Free private transportation makes a crucial difference for many senior citizens who can’t afford to pay for transportation to the polls or who don’t live close to public transit or their voting site. Although the focus is on offering rides to people 55 and older, anyone who needs it can request a ride on Election Day.

Hari P. Close, NFDMA president and Baltimore funeral director, expected over 20,000 people in Baltimore alone to take advantage of the program. Across the country, funeral homes helped shuttle close to 300,000 people to the polls in cities including Detroit, Los Angeles, and Kansas City. The drivers took necessary health precautions, only driving groups from one household at a time and sanitizing vehicles between rides. It wasn’t very long ago that large parts of the American population were disenfranchised from voting or exercising civic engagement. “Now we’re the above-ground railroad to get people to the polls,” said Close, “no matter where they stand on issues.”