Chicago Artist Wants You to See the Beauty in Death 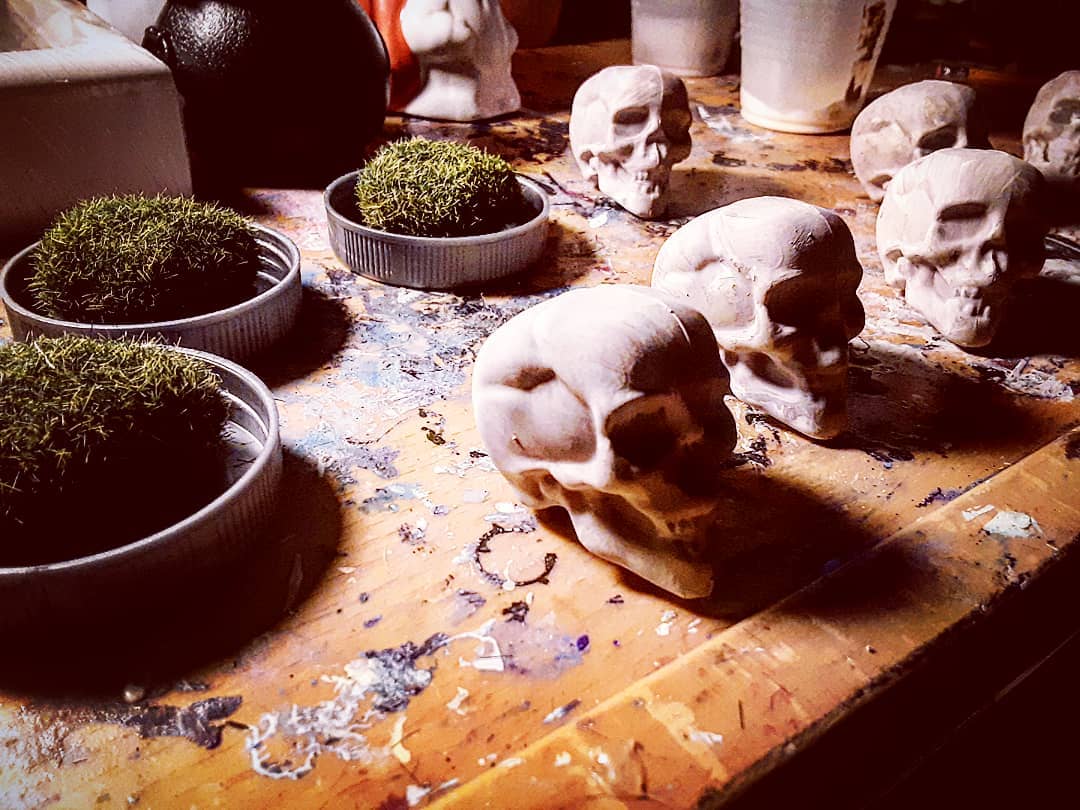 Chicago Artist Wants You to See the Beauty in Death

When you think of floral art, you probably picture a pastel wedding bouquet, a bountiful fall centerpiece, or a funerary wreath. But when the special occasion is over, where do those flowers go to die? If they’re in the Chicago area, chances are they might end up with artist Mary Sweeney, better known by her online moniker Horror Floral. A floral arranger in a previous life, Sweeney channels her fascination with the cycle of life and death into gorgeous, meditative assemblages using bones and plant material.

Honoring the cycle of life

Four years ago, Sweeney started combining her college floral arrangement skills with her passion for macabre and unusual natural materials, at first creating pieces inspired by classic horror films. It was, in her words, her own version of Frankenstein. Later, when she connected with the Death Positive movement, she realized that her art could send a meaningful message about death acceptance and the beauty inherent in the cycle of life and death.

It’s not just bones that honor the passage of time and the cycles of nature. On a recent full moon, Sweeney made natural brooms decorated with fall motifs and rough gemstones, perfect for sweeping away the cobwebs of the old year and welcoming the renewal and promise that the end of the year brings. She uses ethically sourced and found items, reusing and repurposing natural detritus into evocative works of art. Now known for her craft, she frequently receives donations from people who stumble onto dead insects, bones, or plant materials. Sweeney’s goal is to create beauty out of unwanted items, often using discarded funeral and wedding flowers in addition to found bones and insects. She hopes that her work shines a light on the beauty of natural burial and decomposition and helps people appreciate death from a different perspective.

The practice of meditating on death and mortality has seen widespread use throughout human history in various cultures and religions. The Bhutanese culture, known as one of the happiest on earth in a country that quantifies its citizenry’s wellbeing through a measure called Gross National Happiness, encourages one to contemplate death for five minutes each day. Art portraying death and decay, also known as memento mori, has long served as a poignant reminder of the fleeting nature of organic life and the reality of death. Memento mori reached the height of their popularity in 17th century Europe, when a highly religious populace sought to embrace the ephemeral quality of the earthly existence and prepare for the afterlife. Paintings from this period frequently include skulls and dead plants as well as other symbols of the passage of time and decay like hourglasses, clocks, and extinguished candles.

Research shows that “when people contemplate [death], apparently the automatic system begins to search for happy thoughts.” In other words, meditating on your own mortality can actually induce contentment and gratitude for life. Rather than fearing sadness, grief, and the unknown, Buddhists and death scholars advocate making peace with the mystery as a way to enhance our lived experience. In the 1970s, anthropologist Ernest Becker developed his theory of death denial, asserting that, essentially, all of human civilization exists as an “elaborate defense mechanism against mortality.”

Modern death-awareness advocates, such as those behind the Death Positive movement and Horror Floral, believe that our society’s lack of engagement with death and dying has negative impacts on our wellbeing as individuals and society as a whole. The revival of memento mori and other death-focused art signals a renewed interest in the practice of bringing ourselves face to face with our mortality and engaging with our fear of death in a healthy, productive way.