Floyd Honored by Funeral Homes Around America in Different Ways 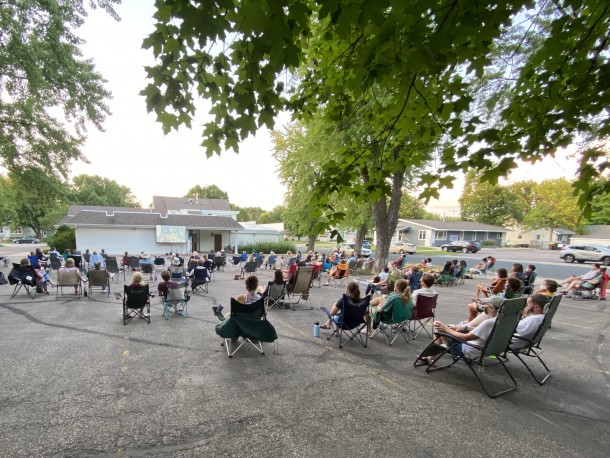 Floyd Honored by Funeral Homes Around America in Different Ways

Three cities hosted funeral services in June for George Floyd, a 46-year-old Black man whose death at the hands of Minneapolis police officers sparked nationwide outrage.  That outrage also inspired funeral homes across the country to pay tribute in their own unique ways.

Floyd’s funeral services took place June 6 in North Carolina, June 4 in Minneapolis, and June 8 in Houston, according to a CNN article.

The service in Minneapolis was a memorial and service by invitation. Many civil rights activists attended.  Reverend Al Sharpton requested a moment of silence for 8 minutes and 48 seconds, according to CNN.

“That’s a long time. That’s how long he was laying there,” Sharpton tells CNN.

Similarly, services held in North Carolina included a public viewing and private service for close friends and family members. There was also a third service in Houston at The Fountain of Praise Church.

Floyd’s niece, Brooke Williams, spoke on behalf of her family during the Houston ceremony, according to an NPR article.They also recognized other deaths of Black men like Trayvon Martin and Ahmaud Arbery.

For the people who couldn’t attend services, whether it was restrictions due to coronavirus or living too far away, a funeral home in Lakeland, Florida organized a collection of signatures for the family of George Floyd, especially his 6- year-old daughter, Gianna.

According to a Channel 8 news article, over 250 people stopped by Cannon Funeral Home to sign the book that would be sent to Gianna the following Monday, June 15. Citizens of Lakeland and its town officials, including the mayor and town commissioner, filled the book with their signatures.

Many community members commented on the post appreciating the generosity of Cannon Funeral Home.

“Thank you for hosting the book signing tonight for Gianna and for including us,” Sarah Ray wrote, “We appreciate being a part of it.”

A breath for George

In another funeral home-sponsored tribute, Bruzek Funeral Home hosted an outdoor screening in their parking lot. DelekoArts and other local theater companies were involved in the screening, which showed A Breath for George.

According to New Prague Times, A Breath for George is a movie created by New Dawn Theater to celebrate Floyd’s life. The movie included different collections of art pieces to pay tribute to Floyd.

Some 100 citizens brought lawn chairs and face masks to social distance in the parking lot during the hour-long event. The citizens hoped to bring positive change and awareness through their city in the future.

These are just two ways funeral homes have opened their doors, literally and figuratively, to their communities. Just recently another funeral home offered their space and their wi-fi to students as a safe and local learning center. Sometimes a little bit of outside-the-box thinking can go a long way.

Special thanks to DISRUPT Media intern Kyra Young for writing this story for Connecting Directors!