Coroners Under Fire for Issuing Cremation Permits for Homicide Victims 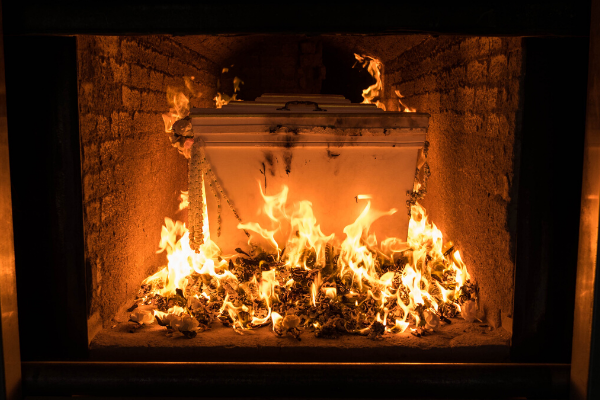 Coroners Under Fire for Issuing Cremation Permits for Homicide Victims

A report by local news station KATC found almost 900 cremation permits were issued for homicide victims over a 5-year period, raising concerns that the practice could impede police investigations and destroy important physical evidence before cases are resolved. The report found widespread use of this practice across 56 of Louisiana’s 64 parishes, raising alarm bells and leading advocates and legislators to question the lack of enforcement of these statutes.

The president of Louisiana’s State Coroner’s Association, Dr. William “Beau” Clark, insists that coroners did not violate the law by approving cremation permits after autopsies had concluded. Louisiana’s coroners aren’t unique in this respect. In California, the bodies of homicide victims are released to their families after the coroner concludes the forensic examination, usually 24-48 hours after the death was reported. Families can then proceed with the disposal method of their choice, including cremation. However, Dr. Clark and the Association quickly moved to request an update clarifying the statute.

Immediately after the report was published, a Louisiana state legislator proposed an amendment to the law, adding language specifying that coroners can issue cremation permits if “there are no suspicious circumstances surrounding the death.” However, this still doesn’t address cremation requests fulfilled after forensic exams have concluded and evidence has been gathered, and leaves some coroners chafing at the vagueness of “suspicious circumstances.”

Opponents of cremation for homicide victims cite cases where authorities only deemed the death suspicious after the body was cremated, destroying evidence in the process. For some proponents of the updated law, the issue is deeply personal. “Without a body to examine, it is much easier for a killer to walk free,” says Kathryn Simpson, an activist whose mother was murdered in 2008. In Simpson’s case, the death was only deemed a homicide two days after the body was cremated, eliminating the possibility of gathering physical evidence. “There is never a good reason to destroy any evidence,” Simpson told KATC.

In the case of Simpson’s mother, the coroner issued a permit for cremation despite listing the cause of death as homicide on the death certificate. The Pointe Coupee Parish Coroner’s Office insists they didn’t violate the law. LSU law professor Ken Levy disagrees. “[Coroners] are violating the statute” by signing cremation permits, he says. “Sometimes they need to revisit evidence. If the body’s gone—they can’t do that.” Occasionally, coroners miss signs of trauma, leading to later discovery by funeral home employees or the family.

Some evidence may not present itself until days after a death. In strangulation cases, bruises may only show after several days. Keeping the body as evidence allows investigators to conduct a thorough examination, get the cause of death right, and gather any clues that may help solve the case. In many states, coroners don’t release autopsy results until toxicology results come back to determine if they should do additional testing. Victims’ families sometimes wait months before burying their loved one, resulting in a painful waiting period.

Victims shouldn’t have to wait for closure

But victims’ rights advocates contend that families need closure and shouldn’t have their trauma dragged out by an inefficient legal system. In states like Kentucky, the law permits the families of victims to petition for the release of the body for cremation or burial even if the defense tries to block it.

Other families of victims object to the proposed law for financial reasons, claiming that the higher cost of traditional burial as opposed to cremation puts an undue burden on them at an already difficult time. Despite assistance from crime victim reparation funds, burials can cost thousands more than simple cremation. For many low-income families, cremation is the only affordable option.

Delaying the release of bodies to the family can have other repercussions. Some funeral directors, like Blaze Titus of Hillcrest Memorial Center in Washington State, argue that storing bodies for extended periods of time causes deterioration and can prevent open casket viewings, causing additional pain to families.  As the liaison with the victim’s family, funeral directors are particularly sensitive to their needs. “How can a family grieve?” asks Titus. Some funeral homes, frustrated with defense attorneys requesting prolonged storage of bodies, have even started charging them for the service.

As Louisiana debates updating its statute, other states are reevaluating their own cremation laws, seeking a balance between the rights of victims and their families and due process for defendants.