See the Elaborate $90 Million Funeral Fit For a King 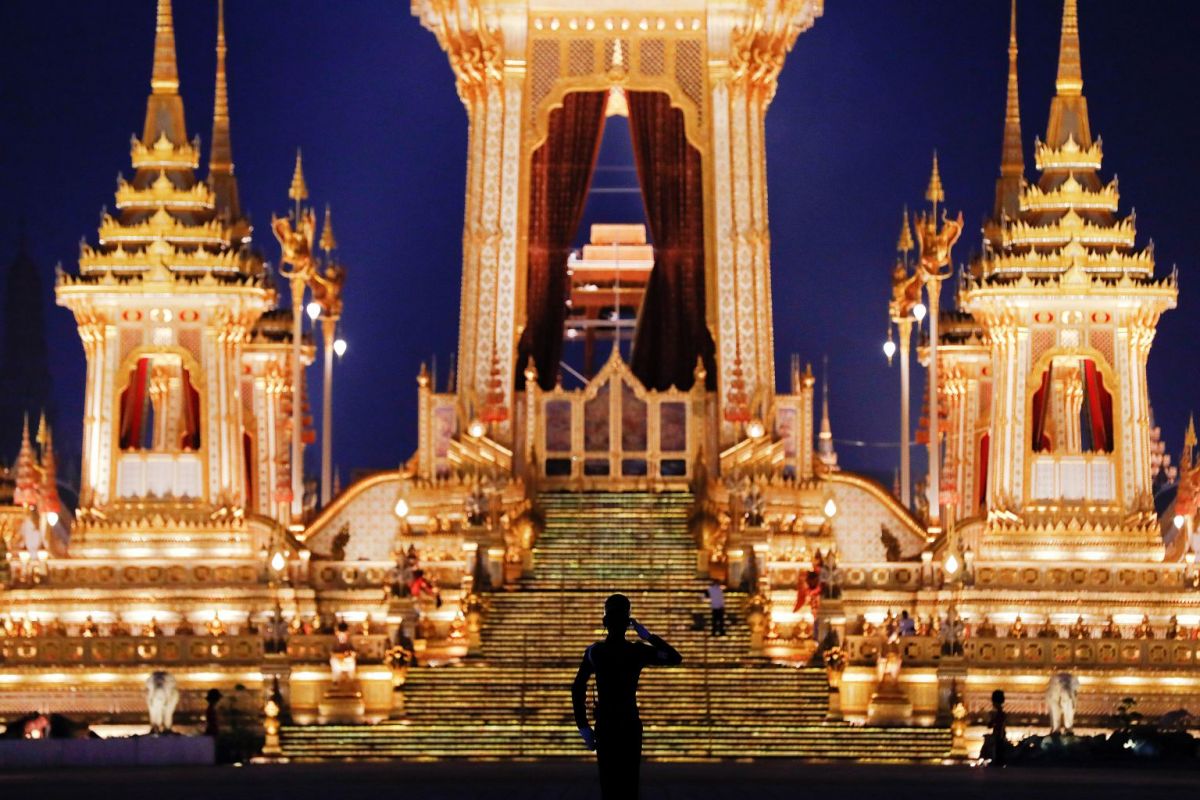 See the Elaborate $90 Million Funeral Fit For a King

When it came time to say a final farewell to the world’s longest-reigning king, the people of Thailand spared no expense. After a year of mourning, months of preparation, and a week-long $90 million ceremony, King Bhumibol Adulyadej was finally cremated on October 26, 2017 — 381 days after his death.

$90 million is a staggering price tag. But to the Thai government and the 250,000 citizens who attended the events, it was a fitting tribute. King Bhumibol assumed the throne in 1946 at age 18 and was credited for bringing peace and prosperity to the country. 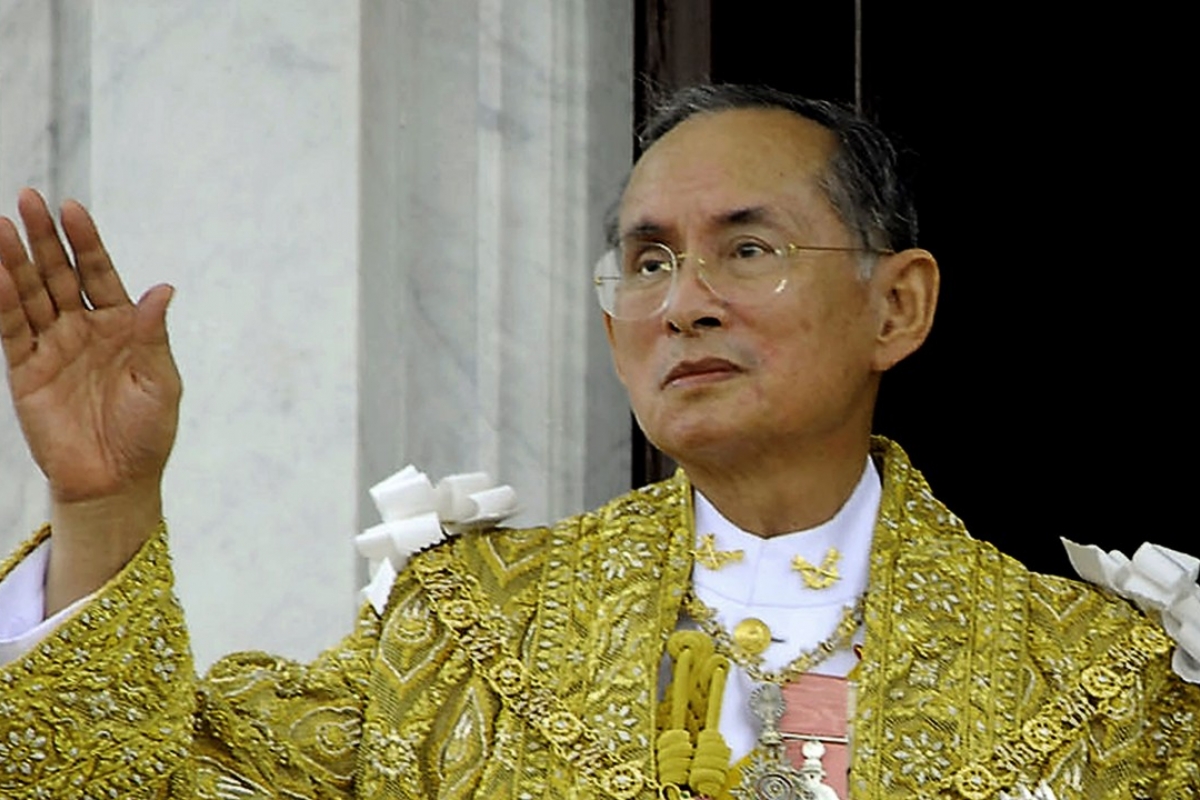 It’s all in the preparation

The purpose of the government-mandated year of mourning was two-fold. First, it allowed 12 million of the king’s subjects the opportunity to view his body as it lay in state in the Grand Palace. It also gave them time to create and rehearse a send-off that was nothing short of spectacular.

The centerpiece of the ceremony was an elaborate nine-spired golden crematorium and funeral complex that even Architectural Digest admired. A 164-foot-high three-tiered tower, depicting the sacred symbol of afterlife Mount Meru, dominated the structure. The other eight spires represented mountains, which in Thai culture symbolize the ends of the universe. 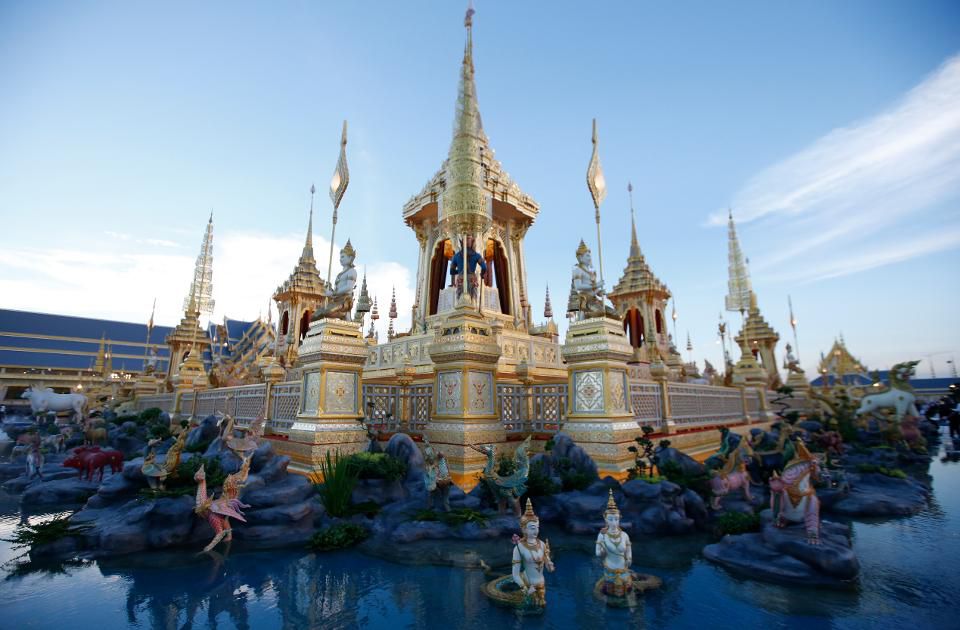 The government created 85 replicas of the vast structure. They distributed these throughout the country for citizens who couldn’t attend the official events. On the day of the funeral, more than 19 million people placed handcrafted sandalwood flowers at the replicas. The flowers, which were made by volunteers in seven different carefully-chosen styles, were later burned and the ashes floated in Thailand’s waterways. 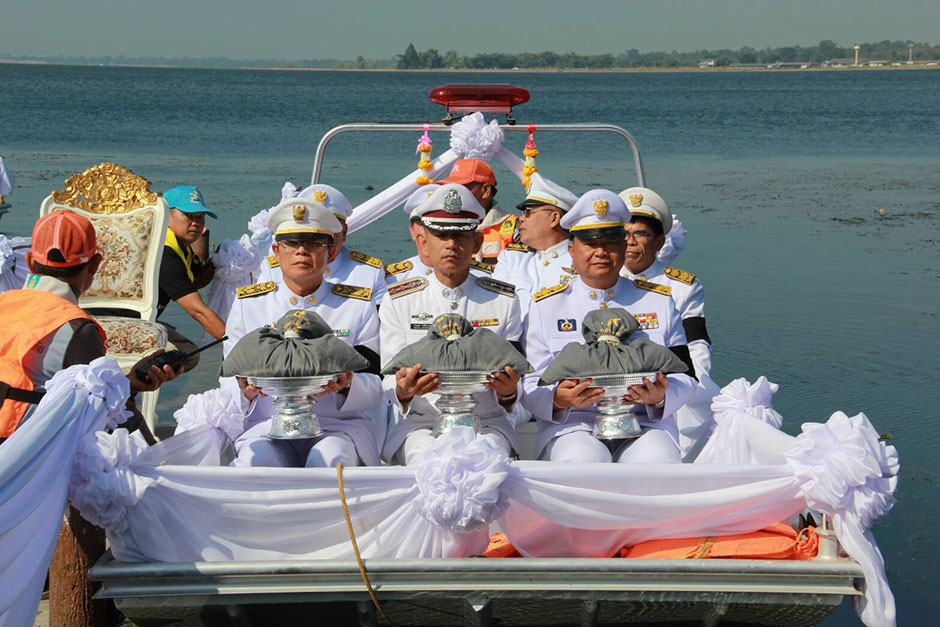 The king’s coffin was also crafted of sandalwood, a fragrance that the Thai believe will help lead a soul to heaven. 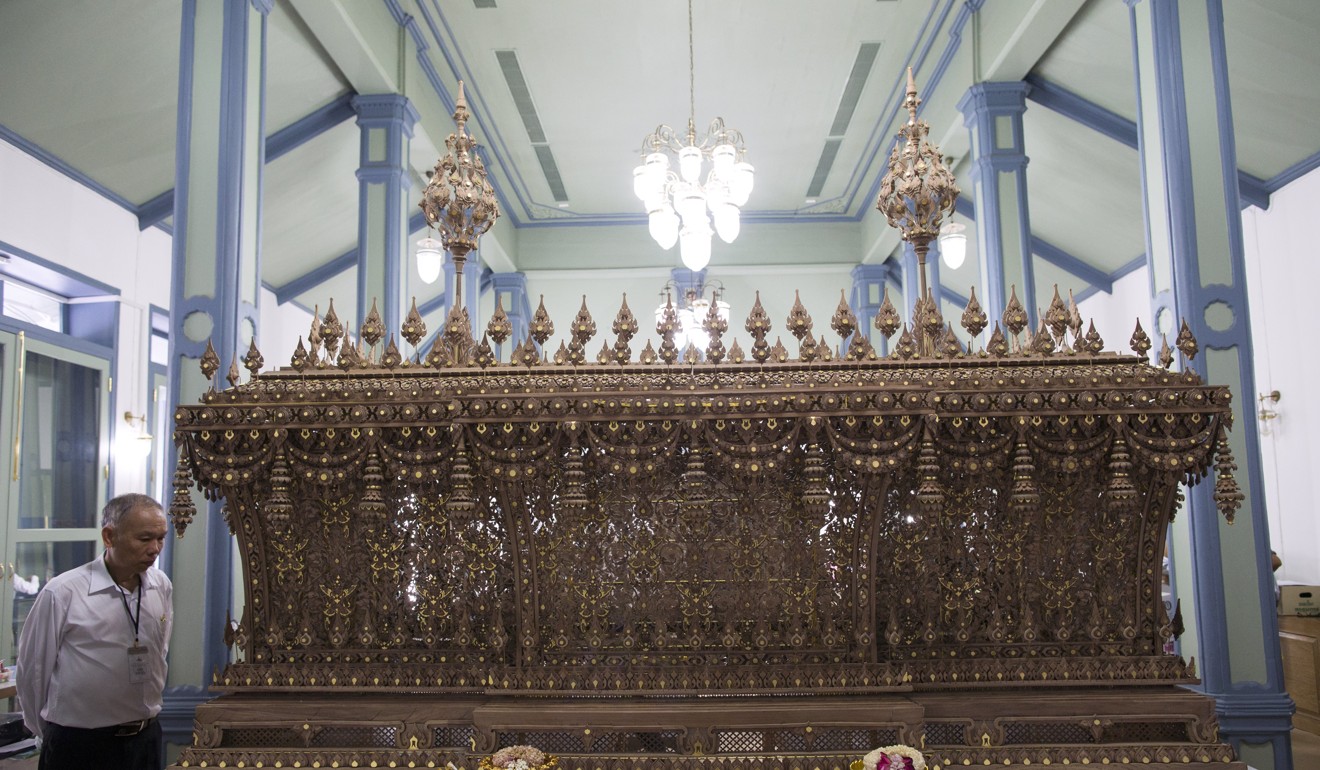 $90 million up in flames

Hundreds of craftsmen, artists, and volunteers volunteered to adorn the main funeral complex. The decor included artwork, textiles, and hand-painted statues of a chariot, mythical creatures, and the king’s dogs. 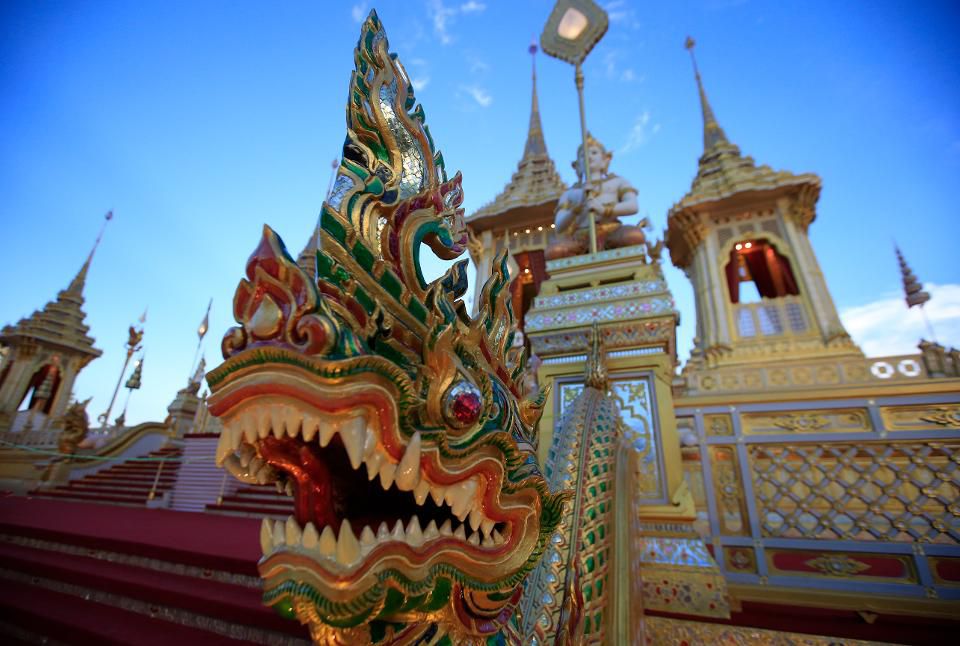 Following a technicolor procession, mourners — dressed head-to-toe in black by government mandate — watched as the King’s son set fire to the structure containing his father’s body. 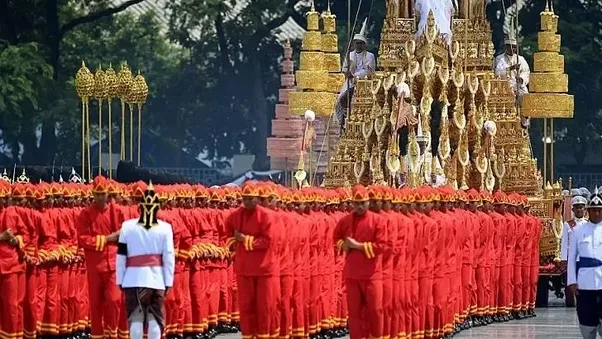 Although he wasn’t officially sworn in as king until months later, Bhumibol’s son Maha Vajiralongkorn’s lighting of the pyre symbolized his succession and acceptance of his father’s throne. The following morning, the new king gathered his father’s ashes in yet another ceremony for permanent placement in the Grand Palace.