Is the funeral business a dying industry? 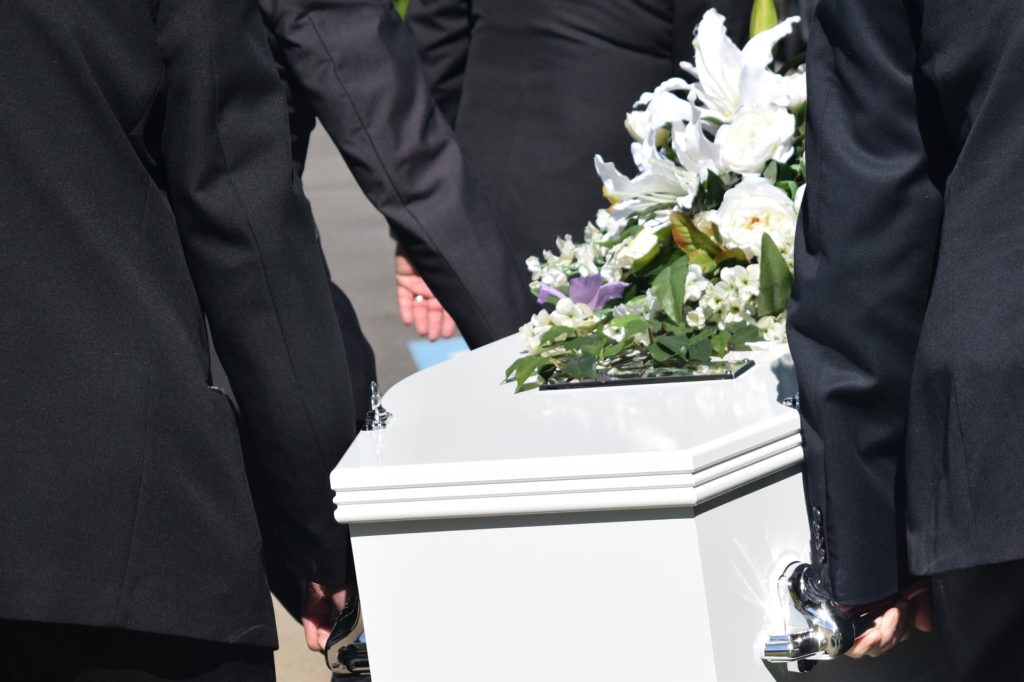 Is the funeral business a dying industry?

Walk through a cemetery and you notice a quiet, reverent hush.

Some graves and cemeteries are cared for with a meticulous touch, lush with the greenest grass and a sea of floral bouquets. Others are slightly overgrown and aged, yet they hold a serenity all their own.

Yet death isn’t a comfortable subject to talk about, and that cultural avoidance runs counter to a strong sentiment to remember the dead. The ways we remember the dead, and what we do with their remains, are shifting, but the funeral industry and lawmakers aren’t necessarily adjusting to those changes.

The prognosis for the funeral industry in the U.S. as we’ve come to know it isn’t good, says one law school professor. Federal and state regulations are hampering the funeral business and dissuading entrepreneurs from entering it, which could result in an industrywide crisis, or worse.

The U.S. funeral service industry is an estimated $20.7-billion per year business, and the average traditional funeral costs anywhere between $8,000 to $10,000, according to a Public Broadcasting System investigation. But like any industry, funeral homes and cemeteries are regulated by federal, state, and local law. In North Carolina, working with the death-care industry often means becoming licensed or obtaining a permit to open a funeral home.

Even the Federal Trade Commission has a hand in the funeral service industry. The Funeral Rule, originally enacted in 1984 and amended in 1994, requires funeral homes to provide a general price list and outline what purchases are required by law to their customers.

Most Americans are probably unaware of how much work it takes to open a funeral home or become a funeral service licensee. Years of education and resident training costing thousands of dollars and lead to an average annual salary of about $50,000, according to the Bureau of Labor Statistics. With a rising cremation rate across the country and a high barrier to enter the industry, the financial viability of funeral homes is at risk.

Tanya Marsh, a law professor at Wake Forest University, specializes in funeral and cemetery law. She issues a warning to the government.

“People are changing their preferences in respect to how they want to memorialize and dispose of the dead at an incredibly rapid rate,” Marsh said. “The funeral industry is a service industry, and they want to give people what they want, but they also have very strongly ingrained ideas about what the right thing to do is. So, there can be a conflict between changing social norms of what people want and what the industry is willing and able to give them.”

Cremations cost significantly less than traditional funerals because they don’t require embalming the deceased or purchasing a casket. The average cremation service costs $1,000 to $2,500.

Marsh says people are choosing to hold memorial services at universities, museums, parks, churches, and even at home instead of at a funeral home.

While people may be spending less at the funeral home, Marsh says the cost of entering the funeral service industry hasn’t changed in decades.

“Even if the number of cases [funeral homes] have doesn’t change, the amount that people are spending on [funerals] has diminished greatly in four or five out of 10 cases. That’s the single biggest problem I think that the funeral service industry has, and North Carolina is not immune from it.”

Every position in a funeral home, from an embalmer to a funeral home director, requires a license. The N.C. Board of Funeral Services mandates through Chapter 90 of the General Statutes a minimum of two years enrolled in a mortuary science college, a passing score on all required national and state exams, electronic fingerprint submission, and a 12-month resident traineeship in a related field.

Funeral service industry licensees also must provide evidence of good moral standing through the testimony of at least three people. Licensees also are required to complete five hours of continuing education as a prerequisite for renewing their license every year.

In March, North Carolina legislators tried to amend the state funeral laws with House Bill 529, but it has stalled in the House Committee on Regulatory Reform. Rep. James Boles, R-Moore, and Rep. Kelly Alexander, D-Mecklenburg, both involved in the funeral service industry, are primary sponsors of the bill. Neither immediately responded to requests for comment on this story.

H.B. 529 clarifies some licensing requirements for funeral service licensees, as well as includes regulations for crematory operators and alkaline hydrolysis burials. Alkaline hydrolysis is a relatively new method of disposing bodies through a superheated chemical mixture in a pressurized vessel. It is thought to be a greener alternative to both cremations and traditional burials. H.B. 529 would require a license to operate an alkaline hydrolysis machine with the same requirements and fees as licensing of crematories.

Simply opening a funeral home requires compliance with yet another set of regulations, including adhering to specific building standards and environmental rules, as well as obtaining an establishment permit before business can begin. Obtaining a permit costs $400 and $250 to renew annually — even the sewage system attached to an establishment is regulated to some degree. Failure to comply can result in penalties and fees.

“It is a capital-intensive business to start a funeral home and the licensing; it’s not restrictive, but it’s rigorous to get,” said Bill Forsberg, the executive director of the N.C. Funeral Directors Association.

Marsh argues the requirements to enter into the funeral service industry haven’t caught up to modern trends, particularly regarding educational requirements.

“About half of the curriculum in a funeral service school is embalming and related to embalming and preservation of human remains,” Marsh explained. “So as the cremation rate goes up, the embalming rates are going down. So fewer and fewer people need that sort of technology, but embalming is the centerpiece of the entire occupational licensing structure for the funeral services industry.”

Embalming isn’t even mandatory in every burial. No laws or regulations in North Carolina require embalming, but some funeral homes may have policies requiring the practice for public viewings or delayed interments.

The industry isn’t particularly nimble. Marsh says packing up and moving to where demand is higher isn’t really an option, especially when so much investment goes into opening a funeral home.

“The funeral services industry is an inherently difficult industry because there is nothing we can do legally to impact demand,” Marsh said.

Marsh suggests deregulating the industry and starting with a blank slate. Legislators and board members need to ask themselves what they want to accomplish and what’s the government’s interest in having any regulations in the first place.

“We know now that dead bodies aren’t really a source of disease. I mean, don’t throw them in the drinking water. Sick, living people are more likely to get other people sick than dead people are,” Marsh argued. “There are a lot of public health rules that don’t make a lot of sense given what we know now about how science works. There’s probably some public health things that we want to be concerned about, but we want to narrowly tailor those.”

Consumer protection is another possible area for concern but, Marsh says, most of the regulatory apparatus of the funeral service industry wouldn’t be needed if lawmakers just started over.

“So, what that would mean is a lot more competition and a lot more people getting involved and offering a broader range of products and services,” Marsh said. “But for the people who are already in that industry, who have already made all that investment, that would be very bad for them.”

Jon Sanders, director of regulatory studies at the John Locke Foundation, says deregulating an industry opens the door for competitors to lower prices and makes it easier for entrepreneurs to innovate. It might feel strange to view the funeral service industry as a business in which prices and costs matter, but the rule of economics applies to everything, funerals included.

“Deregulating allows for more competitive pricing for consumers,” Sanders explained. “The main challenges [to deregulating] is that the people who would benefit the most from it are not organized politically. It’s a public choice problem.”

Marsh estimates the U.S. has some 24,000 funeral service businesses, excluding cemeteries. The funeral service industry is well-organized and has a strong sense of identity, which can conflict with entrepreneurs and small businesses who dare challenge the industry standard model.

State boards and funeral service licensees have taken issue with issues such as selling unlicensed headstones in New Jersey to selling environmentally friendly caskets in Alabama. Changing state board regulations often requires going through the courts.

The Institute of Justice, a nonprofit national law firm, has litigated dozens of cases regarding the funeral service industry. IJ has broken up casket cartels and helped entrepreneurs keep their businesses in the face of onerous regulations.

“The funeral business is changing, and the consumers are changing it for us. They are driving the change just like in any other industry or profession they want to see the value of the purchase,” Forsberg said. “What we are creating is an experience for them rather than just selling them products.”

But government often gets in the way.

Regulations for the funeral service industry sometimes make little sense. Marsh points out how public health concerns have not caught up with the scientific understanding that dead bodies aren’t a major source of disease. Other regulations are clearly inspired by anti-competitive sentiments. Marsh provided a few examples of funeral service regulations across the country that are unnecessary and burdensome.