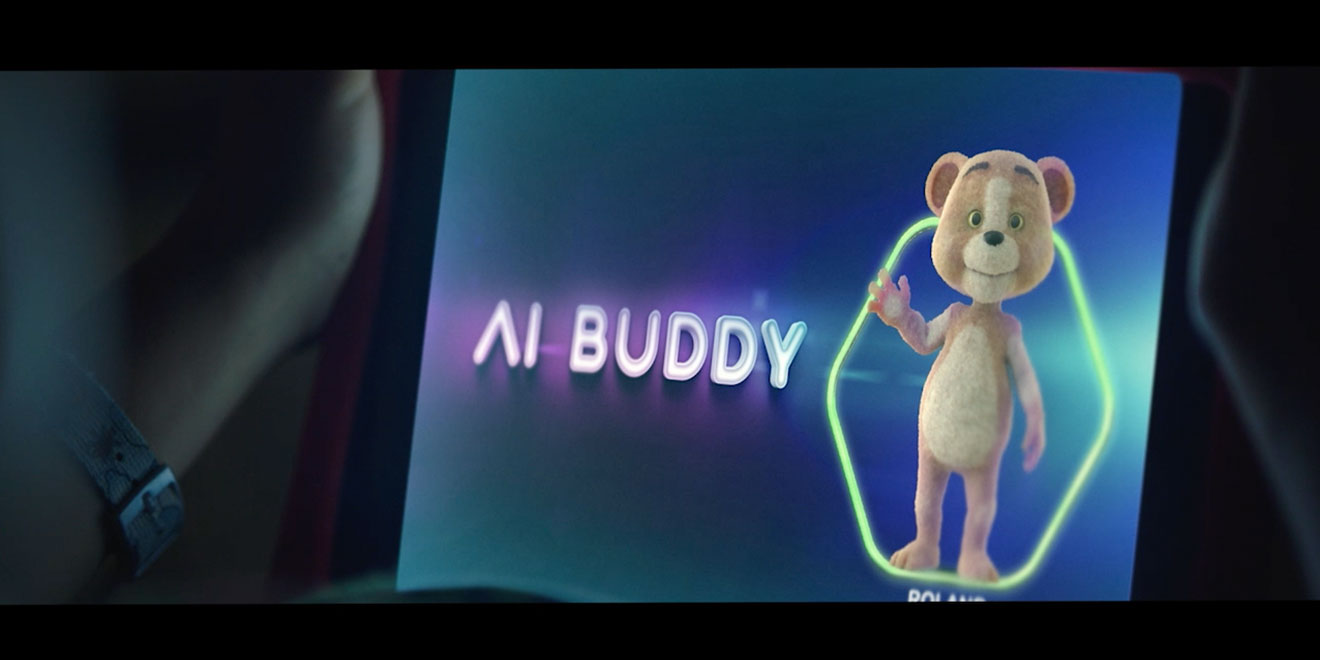 When Mom or Dad spends long tours of duty far from home while serving in the military, their kids sometimes need extra understanding, encouragement and emotional support.

If a parent dies in combat, these children can struggle mightily to cope with the loss and adjust to a new reality. Understandably, they’re at greater risk for depression and other mental-health problems. According to a recent study, one-quarter of such kids contemplate suicide.

Creative agency We Believers is stepping up with Ai Buddy, an artificial-intelligence system designed to assist youngsters caught up in such difficult situations.

The technology features a kid-friendly interface with a cast of cute cartoon characters, including a teddy bear, a monkey and an oversized, cuddly purple beetle.

According to the project film below, “Ai Buddy will be trained by psychologists and pediatricians to be able to work closely with the kids and respond immediately during a crisis. It collects information from close relatives by scanning email, text and social media to become a virtual member of the family.”

Known for its innovative initiatives—such as the edible six-pack rings it made for Saltwater Brewery that feed, instead of kill, marine life—We Believers generated the Ai Buddy concept for social-services client VidaxCenter.

“Every day, words like ‘war,’ ‘nuclear bombs’ and ‘massive destruction’ show up in the updates from the news apps,” We Believers co-founder and creative chief Gustavo Lauria tells Adweek. “So, we decided to develop something that at least can solve part of the problem” by helping kids who lose a parent on the battlefield.