Now That’s a Celebration of Life: Funeral Homes With Bars 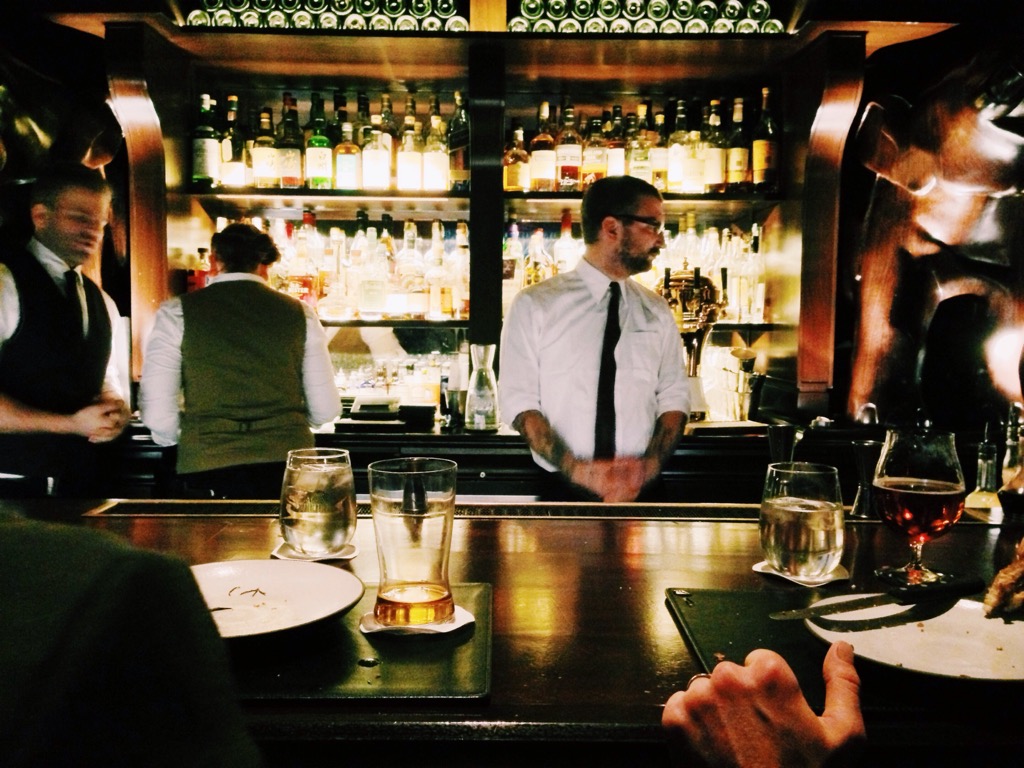 Now That’s a Celebration of Life: Funeral Homes With Bars

When the bell rings at 10 o’clock each evening at McBride’s Irish Pub in Providence, Rhode Island, it’s not to prompt patrons to order their last pint or pay their tab, but to pay their last respects.

Since the pub opened in 2011, McBride’s has rung the bell for “Last Call” and read a name aloud to toast someone who has died. It started with honoring owner Mark Russell’s father, but now, anyone can request the toast, in person and on the pub’s website, too.

The pub is perhaps particularly well suited to honor departed loved ones because it’s adjacent to Monahan Funeral Home, which Russell’s family has owned and operated since 1876.

From Parking to Pints

The pub was once the funeral home’s 2,400-square-foot garage that housed limos and hearses for funeral services. But in recent years, Russell noticed the services people wanted had changed. “They’re not bound by a lot of tradition that the past generations were,” says Russell, pointing to an increase in families choosing cremation. So in 2011, the family decided to convert the 9-car garage into a pub.

“We made it good, usable space that’s earning a little bit of money for us, rather than an abandoned garage that was just storing a lot of junk,” said Russell, whose grandfather started the family-run business.

“People used to say, ‘I can’t believe you used to keep the hearses in here,’ or say, ‘I think I can smell something,” but I haven’t heard that in a while,” says Russell.

McBrides’s Pub and Monahan Funeral Home share the same building, though customers can’t use the door that connects them. Russell says their customers often choose Monahan for their funeral arrangements in part because of the pub next door. He says many of their customers will attend a wake at the funeral home, then head next door for a drink.

“They come to the funeral home, and they come in a little down. As long as they walk out of either the funeral home or the pub in a better place than they were in when they walked in, then we have done a good job,” he says.

Russell and his family aren’t the only ones trying to toast the dearly departed and change the melancholy reputation of funeral homes. The National Funeral Directors Association says it is hearing from more and more of their membership about offering food and beverages, according to Jessica Koth, NFDA public relations manager.

In White Bear Lake, Minnesota, Mueller Memorial added 1,700-square feet and renovated its building in 2015 to make it a more upbeat atmosphere. “People used the phrase over and over again that the funeral homes were like a ‘dark lifeless tomb’ with a certain smell to them and certain look to them,” says owner Scott Mueller. “People said, ‘When we go, we want to have a party atmosphere. More of a celebration,'” recalls Mueller. “So we decided to put a bar in.”

Mueller Memorial doesn’t have its own liquor license, but hires a local restaurant to serve the alcoholic beverages, at about a $650 additional cost to the customer for beer and wine. To serve liquor, too, the cost runs between $1,000 and $2,000.

“People are more willing to pay the bar bill than they are to pay the funeral bill,” said Mueller with a laugh. “It gives them something that they want: a social aspect,” he said.

The staff of the funeral homes have noticed that those paying their respects stay longer, too; often for more than an hour. “The noise level goes up and up – it’s amazing. People are more inclined to be more social and tell more stories. All of that goes to help the family and reinforce that this person will be missed and they were cared for,” said Mueller.

A Celebration of Life

In Wheeling, Illinois – north of Chicago- owners of Kolssak Funeral Home had to petition their local village for a license to serve their guests alcohol, also with help from a local restaurant.

“It’s been a very interesting road, because people fought it at first,” recalls owner Jon Kolssak. Now, “It’s been very well received: once people realize it’s not a tavern, it’s an enhancement to a life celebration.”

Kolssak says that while more often than not people choose to add the “beverage option,” it’s not for everyone. They make a point not to offer the beverage option when someone has suffered a sudden death or when it was a drug or alcohol-related death.

The half-moon bar at Kolssak Funeral Home boasts a black granite top and copper detail on the front. “Clean and slick. And on wheels,” as Kolssak describes it. And, he says, the wheels are important; when it’s not a fit for the family’s service, the bar can be wheeled away to another part of the funeral home.

According to the National Funeral Directors Association, some states actually prohibit funeral homes from serving food and beverages, including Connecticut, New Jersey, Massachusetts, and North Dakota.

Since Kolssak was granted a license in 2015, he says he’s received calls from funeral homes across the country asking how to do the same in their own business. “We are glad to be on the forefront of it,” he said, referring to the trend.

When Mike Richards, 44, lost his father, Marvin, last year to pancreatic cancer, he opted to honor him at nearby Kolssak Funeral Home to make it a celebration, instead of a somber event. “It’s such a great way to socialize and celebrate, obviously everything in moderation,” Richards told NBC News.

Richards opted for the optional beverage package which includes cheese plates, a bartender, attendant and setup fees. At Kolssak Funeral Home, a package for up to 50 people and 100 beverages costs $650.

Richards says the celebratory atmosphere made his father’s funeral the kind of celebration he would have wanted, refreshments included. “I’m surprised it has taken this long for this part of the industry to get going,” said Richards, noting that he thought the price was fair, too. According to Kolssak, the family booking the service pays the fees, not the guests.

Richards says he found comfort in the celebratory drink option on an otherwise sad day. “It was good for me because I got to have a glass of wine or two to calm me down,” he recalled.

“It was sad, don’t get me wrong. But it was a fun celebration, too,” said Richards. The funeral home added to the upbeat atmosphere by playing 50s music and decorating with Marvin’s favorite hockey team’s colors.

“He’s kind of next generation in terms of how we celebrate our lost loved ones,” said Richards, referring to Jon Kolssak.

Kolssak takes that responsibility very seriously. “Everything in life is about telling your story, and we’re just the people who get to tell that last chapter,” said Kolssak. Like many other funeral homes adopting the trend, Kolssak believes adding the bar has allowed mourners to make their service more personalized for their lost friend or family member.

“When there is the beverage package available, there is a lighter tone to the group,” observed Kolssak. “People are like, ‘Wow, this is different. This is unique.’ It’s not so – saddened.”