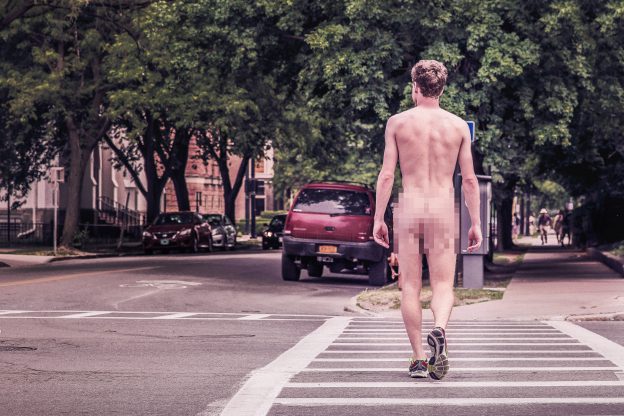 I know the look really well.

If you’re paying really close attention, I swear you could see the air escape from their mouths as their lips curl into a relieved smile.

“I’m so glad I decided to do this” is what they normally say as they walk out of the funeral home.

I’m so glad that they decided to do it as well. And even though I can see a weight being lifted off of their shoulders, these people who pre-plan their funerals are still in the minority.

Normally, people come see me only when they’re forced to. Mom or dad is going into a nursing home and they’ve been advised to pre-fund their funeral arrangements, you know, for Medicaid purposes. Or maybe a loved one has been placed on hospice care and the inevitable won’t be very long now. Because, really, who in their right minds would come to a funeral home to talk about their death? That’s morbid! It’s absolutely terrible to talk about and I don’t know about you, but I have better things to do with my time!

You see, the longer I work in a funeral home the more I realize that the relationships that I have with my family and friends are the most important things in my life. The love and respect that I have for my husband, mom, dad, brother and everyone else is so great that I would never intentionally cause them any sort of pain. So why would I not pre-plan my funeral?

The Truth About Dying

We are all going to die. Like it or not; I am not going to live my life pretending otherwise. I may die tomorrow in a freak accident or eighty years from now warm in my bed. No matter what the circumstances are, I don’t want to put my family through any more grief than I have to.

When I sit down with families who have just experienced a death and their loved ones have nothing prepared, I see the pain in their hearts. Not only from the death, but also from an internal struggle to do the right thing. Would mom have wanted to be buried or cremated? She hasn’t been to church in years, but would she have wanted a Mass of Christian Burial? There are so many details that need to be taken care of in such a short amount of time whether you’re ready to make those decisions or not. And on top of all of that, there is often the financial burden. Is there life insurance? Who is going to pay for this?

My aunt passed away from pancreatic cancer this past December. She was realistic about everything from the beginning, while still remaining positive. She was divorced and had no children of her own, just one brother who lived in England. And she told me that when the time came, everything would be real simple. She wanted to be cremated and placed in her mother’s grave.

Simple. If only she knew how “simple” her wishes really were.You see, in New York State, the paperwork that needs to be filled out giving a funeral home permission to preform a cremation cannot be signed until after a passing. Which means, the next of kin has to sign off on it. In my aunt’s case, her legal next of kin was her brother in England, who was not planning on coming to the states when she passed. So I had my aunt fill out an appointment of agent form (a form that NYS created so people could choose who will handle their funeral arrangements, despite who the legal next of kin may be) and she named her cousin as the one who would handle everything. By talking about her wishes ahead of time, I was able to not only help her as her niece, but also as a funeral director to make sure we had the appropriate paperwork filled out so she was able to have the services that she wanted. We were also able to set aside her own funds so when the time came, everything would be paid for.