How Social Media Has Changed Mourning and Grieving 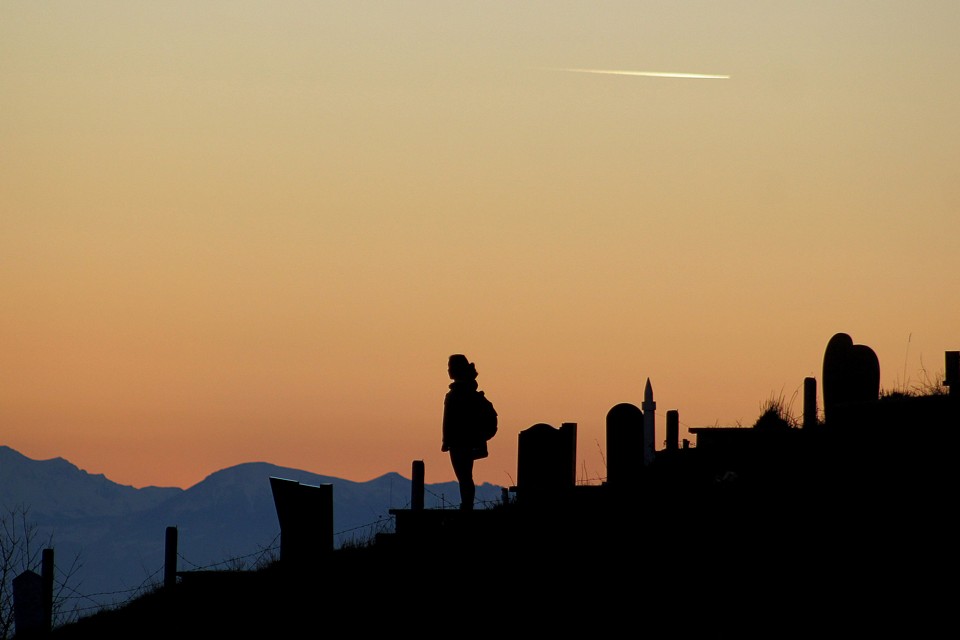 How Social Media Has Changed Mourning and Grieving

Article by Claire Wilmot and originally published by The Atlantic

Social media has made it easy to share condolences after a death—but it hasn’t led to an online culture that’s more sensitive about loss.

The morning after my sister Lauren died was cold and quiet, a mid-March prairie dawn, lit by gray half-light. For several hours I tried to figure out how to get out of bed. The most routine tasks are extraordinarily difficult in the early days of grief—Lauren’s death had torn a hole in my universe, and I knew the moment I moved I would fall right through it. Meanwhile, across the city, a former classmate of Lauren’s learned of her death. I’m still not sure how—she hadn’t kept in touch with Lauren during the three years since they graduated high school. But bad news travels astonishingly fast. The classmate selected what is perhaps the only picture of the two of them together, and decided to post it on Lauren’s timeline. Beneath it, she wrote “RIP” and something about heaven gaining an angel.

This Facebook post is how many of Lauren’s close friends learned that she had died. We—her family—hadn’t yet been able to call people. The first post sparked a cascade of statuses and pictures, many from people who barely knew her. It was as though an online community felt the need to claim a stake in her death, through syrupy posts that profoundly misrepresented who she was and sanitized what had happened to her. Lauren was an intensely private person, not one to identify with her diagnosis—a rare form of neurological cancer. And she would have had little patience for the mawkish kind of tributes on social media that followed.

The way people mourn online has been the subject of much cultural comment recently, particularly in the wake of mass tragedies and high-profile celebrity deaths, such as those of David Bowie and Prince. Some argue that the likes of Facebook and Twitter have opened up public space for displays of grief that had been restricted to private spheres of secular culture. But rather than reconstructing an outlet for public grief, social media often reproduces the worst cultural failings surrounding death, namely platitudes that help those on the periphery of a tragedy rationalize what has happened, but obscure the uncomfortable, messy reality of loss.

Social media has increased the speed and ease of communication to an unprecedented degree, and yet sites like Facebook and Twitter are poorly suited to grief’s strangeness. By design, social media demands tidy conclusions, and dilutes tragedy so that it’s comprehensible even to those only distantly aware of what has happened. The majority of Facebook posts mourning Lauren’s death were full of “silver linings” comments that were so far removed from the horror of the reality that I found them isolating and offensive. Implicit in claims that Lauren was no longer suffering, or that “everything happens for a reason” are redemptive clauses—ones that have a silencing effect on those who find no value in their pain.

It makes sense that those who knew Lauren sought some kind of meaning in her death in an attempt to re-order a universe disrupted. My sister was a smart, kind, athletic business student and a social entrepreneur—and she had an incredibly rare form of brain cancer that ended up killing her. It’s naively assumed that good, healthy people deserve good, healthy lives. When they’re robbed of what cosmic justice is owed to them, the laws that many believe govern human lives become suddenly suspect, or are revealed as illusory.

So if the impulse to ascribe meaning to senseless tragedy can be misguided, it’s also deeply human. The notion that suffering brings meaning and growth is common to many religious traditions, and lies at the heart of countless great stories. Scholars of tragedy and horror fiction have long argued that people seek out symbolic encounters with death as a way to confront their own mortality, albeit from a safe distance. From this vantage point, suffering and death take on an aesthetic quality that’s all but invisible to those enduring grief.

In her 2003 book, Regarding the Pain of Others, Susan Sontag described how civilians respond to pictures of wartime dead, writing, “We truly can’t imagine what it is like.” Anyone who’s spent time under fire, she says, knows this intuitively. Those who’ve experienced the final weeks of a loved one’s life need no reminder of the loneliness of that time. The novelist Aleksandar Hemon compared the sense of separateness he felt when caring for his daughter, who was dying of a brain tumor, to living inside an aquarium. Those on the outside could see in, to a degree, but those inside the glass led a completely alien existence.
The cultural anthropologist Renato Rosaldo thoughtfully addressed the subject of accessing the experiences of others in his essay “Grief and a Headhunter’s Rage.” He reflects on the years he spent studying how the Ilongot people in the Northern Philippines coped with loss: via the now-defunct practice of cutting off human heads. Although he documented life in Ilongot communities for most of his career, it wasn’t until his wife Michelle Rosaldo (a celebrated anthropologist in her own right) died suddenly that Rosaldo finally understood the kind of pain, born out of traumatic grief, that could manifest as headhunting. He writes that before Michelle’s death, he equated grief with sadness, adding that “certainly no personal experience allowed me to imagine the powerful rage Illongots claimed to find in bereavement.”

Grief responses in the secular West can seem equally strange to the outsider—but they tend to take place behind closed doors, in the early hours after another sleepless night, or hidden away in the minds of bodies that appear, for the most part, to be doing well, considering. The inner world of a grieving person is essentially other.

Anyone who’s experienced the loss of a loved one understands that most people are profoundly uncomfortable addressing death in physical interactions with the bereaved, which is where social media can come in. In response to the online mourning of David Bowie, The Atlantic’s Megan Garber argued that social media has allowed people to express their sadness and support the bereaved—a welcome return to an earlier era where social norms to help people cope with death were well established. A growing number of researchers agree—the media psychologist Jocelyn DeGroot posits that social networks can help people make sense of death, and maintain a relationship with the deceased. However, there’s an important distinction between mourning, a behavior, and grief, an internal emotional experience. Social media may have opened space for public mourning, but etiquette for ensuring that outpouring supports the bereaved (or at the very least doesn’t make their situation more painful) has yet to develop.

Certainly, there are people who welcome social media as an effective medium for working through their grief—but nothing could be further from my own experience. The problem with trying to definitively evaluate tools for grief management is that the feeling itself is so poorly understood. Even Elisabeth Kübler-Ross, the champion of grief’s “five stages,” realized on her deathbed that it was futile to try and break up or categorize grief into distinct components. Perhaps more so than any other emotional response, grief reacts with individual personalities in alchemical ways.

As for me, I have gained nothing through Lauren’s death, and she gained nothing from four years of arduous treatment. We have only lost. She lost her life, and I lost the person I love most in the world. And she didn’t “pass away,” as her online eulogizers wrote. She died choking on fluid that could no longer be cleared from her lungs because of a tumor pressing on her midbrain. And she died loudly, in my arms, as I tried to help her breathe. In spite of the grace with which she coped, her struggle was not an enriching experience for her; it made life more difficult. I am not stronger because of this experience; I am weaker, my life emptier than it was with her in it.

In light of grief’s complexity, it’s easy to see the appeal of platitudes. But because these narratives are so palatable, they become not only the dominant narratives of tragedy, but also, seemingly, the only acceptable ones. When I requested the removal of some of the most offensive posts, I was met not with understanding, but hostility. “My intention was to celebrate Lauren,” one wrote, defensively, as if good intentions were all that mattered. At my most cynical, I wondered if posts about other people’s deaths are used no differently than other content on social media—as a means of identity assertion in a busy online environment. It seemed that space had been created for certain interpretations of Lauren’s death, but it was a space inaccessible to me. There are some things that cannot be represented without cheapening the message; I think loss like this is one of them.

To be clear, I am not trying to tell anyone how to grieve. But rather than defending the rise of a new space for public morning as unambiguously good, perhaps the online community is in even greater need of a critical discussion—about what it means to make room for your own sadness while being sensitive to those closest to a loss. My proposal is simple: Wait. If the deceased is not a close family member, do not take it upon yourself to announce their death online. Consider where you fall in the geography of a loss, and tailor your behavior in response to the lead of those at the center. Listen. Rather than assuming the bereaved are ready for (or comfortable with) Facebook or Twitter tributes, send a private message, or even better, pick up the phone and call.

If you don’t feel comfortable expressing your condolences to the deceased’s friends and family, perhaps it isn’t your place to publicly eulogize. The simple acknowledgement that you may not understand what it’s like to grieve is itself a powerful act of empathy. The really important kind of empathy—the only kind worth practicing—asks us to imagine ourselves into the lives of others, and also, critically, to imagine our limits. 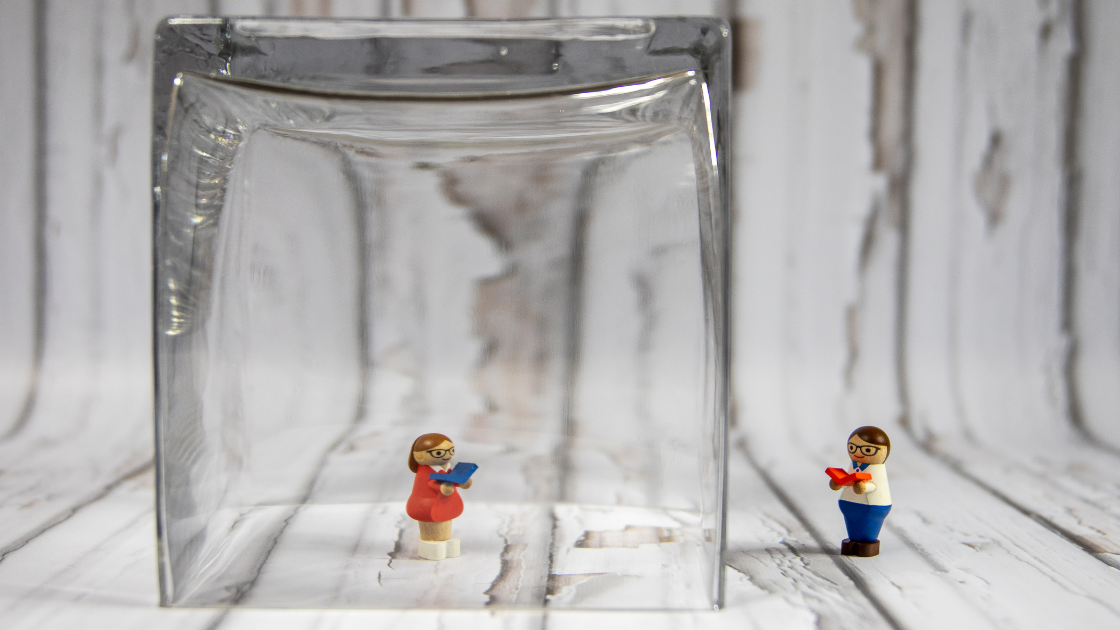 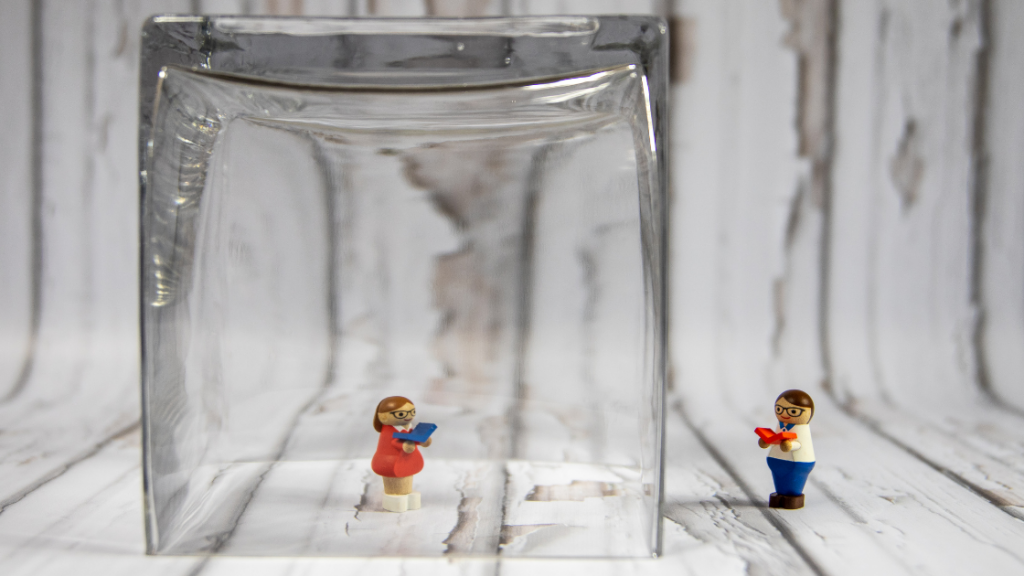