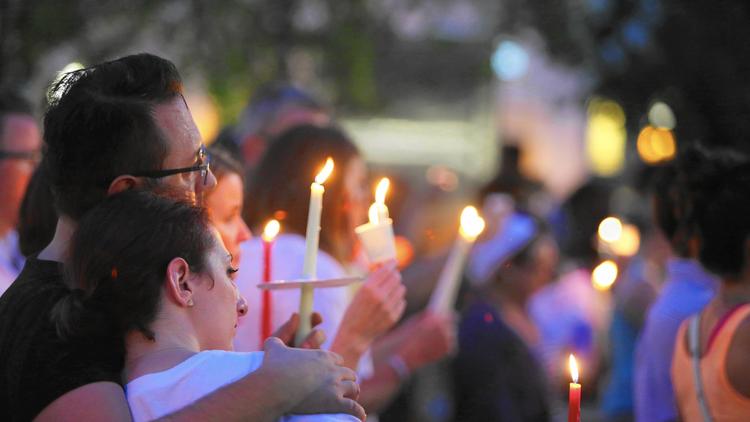 Funeral directors, florists and pastors are offering to do whatever it takes to ensure the 49 killed in the nation’s deadliest mass shooting at an Orlando gay nightclub have a proper celebration of life.

Scott Hora, co-owner of A Community Funeral Home & Sunset Cremations in Orlando, said he’s heard from a pastor willing to drive from Oklahoma to deliver services, a grocer willing to donate flower arrangements, a casket company willing to offer a discount and a vendor willing to create charms with the victims’ thumbprints, free of charge.

“We’re not going to talk to the family about the money,” Hora said Tuesday.

He hopes to tap into a victims’ compensation fund administered by the state Attorney General’s Office to help defray funeral costs, as do Osceola Memory Gardens in Kissimmee and Robert Bryant Funeral & Cremation Chapel in Orlando. Pax-Villa Funeral Home in Orlando is waiving its professional service charge.

In another gesture, an Orlando florist is coordinating a nationwide effort to donate flowers to the victims’ grieving families.

“We want to be clear that we are not looking to promote our business but merely to reach out to the families to support their loss in this tragic event and to soften financial burden on these families,” said Sally Kobylinski, vice president at In Bloom Florist.

Meanwhile, a vendor for Osceola Memory Gardens offered to donate memory blankets to the victims’ loved ones. The funeral home is working with eight families impacted by the tragedy, according to funeral director Tom Dorsey.

“It’s very busy, number one,” he said. “We’re doing the best we can to help people.”

Funeraria San Juan Funeral Home in Kissimmee overflowed Monday morning with about 100 friends and family members of victims who were slain Sunday.

“I had to open up my chapel so people had a place to sit and wait while the other family members were working on the actual funeral arrangements,” funeral director Bob Healy said. “…We seem to be ground zero.”

Most of those who died were Hispanic, and Funeraria San Juan has long been a popular choice for members of the Hispanic community, Healy said. So far, he estimates they are working with more than six families of victims.

The Orange County Medical Examiner’s Office was expected to finish all autopsies by the end of the day Tuesday, according to Carrie Proudfit, an Orange County Public Safety spokeswoman. Florida Emergency Mortuary Operations Response System and the Sarasota County medical examiner also helped, she said. The remains of 20 people have been transported to funeral homes, Proudfit said.

Forest Lake pastors extended their offer after hearing families were concerned churches might refuse to hold funerals for LGBT victims.

“I think it was a question of, ‘will we be accepted at Christian churches in the area?'” said Bernie Anderson, youth pastor for the roughly 3,700-person congregation.

David Williamson, founder of the Central Florida Freethought Community, said his group will cover the costs of non-religious services for any of those killed in the shooting.

“It’s very easy to fall back on the ideas that … perhaps this is part of God’s plan,” Williamson said. “Those things feel really good to say and hear if you believe them, but if you don’t, it’s actually a painful thing.”.