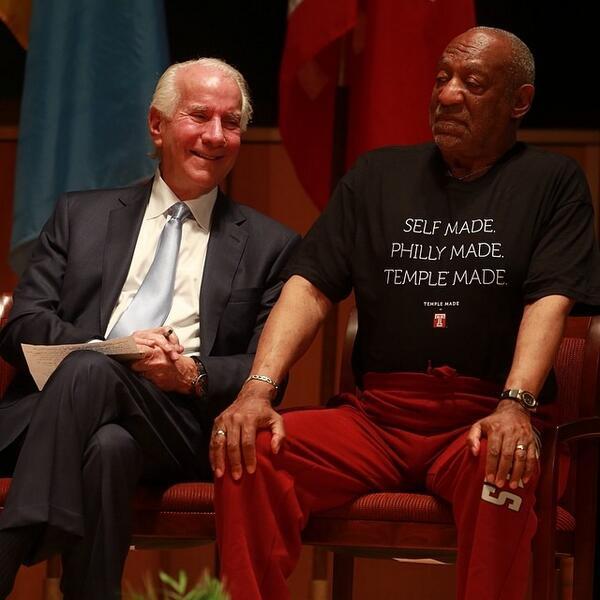 BOOM! Jell-O pudding all up in yo face society. If those sweats aren’t coming off at his age to go to the bathroom you better believe they’re not drifting below the naval to show respect for the dead.

To the uninformed, this is obviously in jest for his billionaire friend Lewis Katz who perished in a plane crash last week. Like William, Katz was self made from around Philly and graduated from Temple. But still, anytime there’s an attempt to spread the sweatpants movement for grown men outside of the couch and unemployment office is good in my book.

Tone down the smile a little bit, Ed Snider. You’re scaring the kids more than the deceased.