An Interesting Perspective on the Death of Fred Phelps, Leader of the Westboro Baptist Church 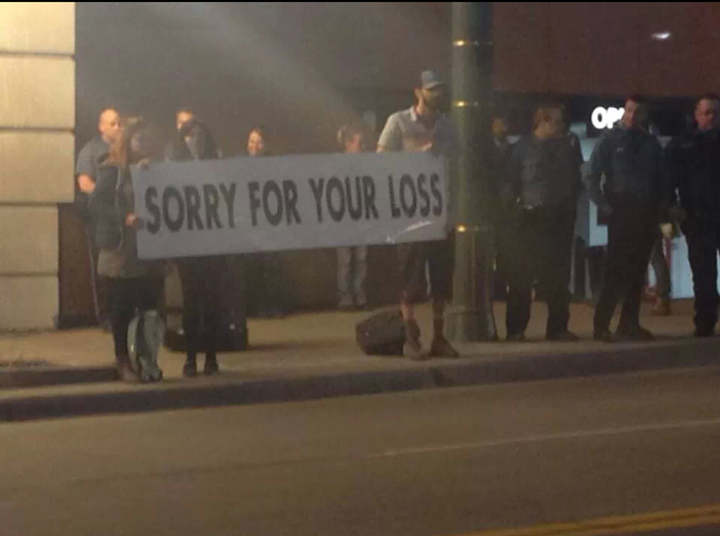 An Interesting Perspective on the Death of Fred Phelps, Leader of the Westboro Baptist Church

Fred Phelps died.  A couple days ago, we learned that the founder of the Westboro Baptist Church – infamous for its hate filled rhetoric and base propaganda tactics – was dying; a fact that produced a number of us to reflect on Phelps’ life and feel some sense of satisfaction knowing that it was coming to an end.

Today, March 20th, 2014 he died.  And news spread quickly.  Social media sites like Facebook started to fill with vitriolic messages such as these (which I pulled from the feed on my Confessions of a Funeral Director Facebook page):

“Finally.  Just wish his church would burn down now.”

“This scumbag needs to rot in hell along with his whole family!!!”

I know the mental anguish that the WBC has caused grieving families. A couple years ago a childhood friend was killed in Iraq.  His family entrusted his funeral service to us and it wasn’t long until we heard the rumor that the WBC was planning to picket his funeral.

As funeral directors, we wondered how people could be filled with such hatred and insensitivity so as cause compounded anguish to a family that lost their son, brother and fiancé at an age all too young.

Thankfully – despite the rumors that the WBC would picket the funeral – Brandon’s funeral was NOT one of the more than the supposed 53,000 events that Fred Phelps and his cult disturbed.

And yet, I can’t help but ask, “Isn’t this hatred that we feel towards him all too similar to the hate speech he stood for?”

I’m not going to try and pull the old bait-and-switch and tell you that all of us are just as bad as Fred Phelps and his hate rhetoric.  Neither you nor me have picked the funerals of fallen soldiers, protested the funerals of the children killed in the Sandy Hook shootings or held signs damning the LGBTQ community to hell.

Rather, I hope to point out the value of “I-Thou” relationships and reject the “I-It” objectification so embraced by Fred Phelps and his crew.

This leap from “person” to “object” is the one Westboro has made to justify their public, insensitive and often irrational protests of everything from pop concerts, to shuttle launches, to memorials for military deaths. But it’s the same leap that all too many of us make when it comes to judging others. We lose touch with the person we’re ready to stone and instead turn them into an “it” that represents a reprehensible and immoral idea or action.

On a larger scale, it’s the leap made when the people of Africa become slaves; when homosexuals become detestable; when women and children become sex slaves; when celebrities like Lindsey Lohan or Justin Beiber or Miley Cyrus become an object lesson on stupidity for the masses.

True, we make our own comparisons so we can uphold morality, proving to ourselves and those we influence that we all reap what we sow. We go above and beyond to avoid praising clearly unacceptable behavior in our Facebook statuses and our lunch break conversations. We eagerly pull down the celebrity cult to show the splattered blood of America’s gods.

As a funeral director, I daily tread ground that’s been hallowed by tears that represent the sacrifice of love and death. The casket is handpicked by the family, the body dressed with clothes that present the deceased at their best, the casket interior is strewn with pictures and tokens of remembrance, flowers are placed above and around the deceased. All who attend the viewing are dressed appropriately, with solemn faces and hearts. Grief is holy, and I’m privileged to enter the sanctuary—to enter the story.

Recently, we buried two young teenagers who were killed when one of them lost control of the car he was recklessly driving. He not only killed himself and two others, but marred the lives of all they left behind, who will live out the rest of their lives with the instability that tragic deaths inevitably cause.

We all too easily could think: “Those stupid kids got what they had coming to them when they were horsing around, driving like they were invincible. Let this be a lesson to you kids to be responsible.” You can say stuff like that when you don’t see the tears; when you don’t see capillaries that have ruptured around the father’s eyes from weeping, or the haggard, hollow look on the mother’s face as she sees the body that used to house the life and love of her now dead child.

These are people.  Not object lessons.  Not objects for hatred.  Even the individual members of Westboro, with all their startling missteps, are people.

That’s what we miss when something becomes publicized or scandalized. We miss the humanity, we miss the story that brings color, texture, dimension and heart to the person. We see the lesson, the hatred, the “I’ll never be that guy”, and forget the life.

There is no excuse for inhumanity committed by humans. But when we allow ourselves to see person, justice becomes the extension of love, rather than objectification and worship of law. When we see person, justice finds purity, impartiality and action.

When we see person, we begin to leave Westboro Baptist Church.

It is not our place to see others as reasons for God’s judgment and catalysts for our weekday sermons. It is not about separation of sin and sinner, nor a combination of the two. It is about a willingness to lose our fixation on “the other” as an object, and a realization that “the other” is just as real and human as you or me—whether they’re behind bars, beside a picket sign or six feet under the ground.