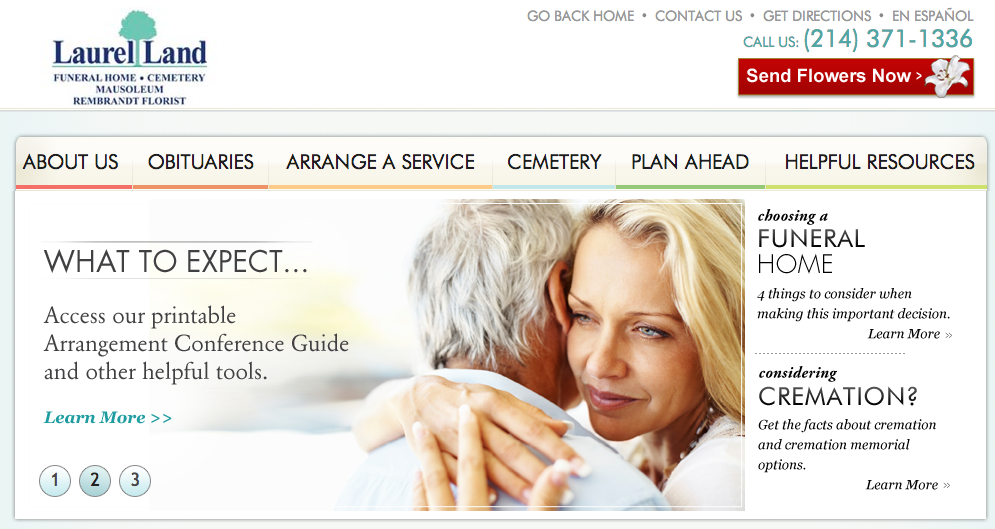 Deborah Medellin and her family are suing Laurel Land Funeral Home and Cemetery in Dallas, Texas, for incompetence that led to injuries.

The family was burying Deborah’s husband, who passed away in May. Two funeral-home employees were responsible for lowering the casket into its grave, but then something unusual happened.

According to the complaint, “the belt holding the casket had not been properly attached to the said casket, and, without warning, began to slip. This, in turn, caused the casket to fall violently into the plot and partially overturn. At this time, the employees of the defendant apparently looked at each other, began to smirk and laugh, and ran from the premises leaving the family, friends and acquaintances in total disbelief and humiliating the family.”

The family members were allegedly forced to correct the situation on their own, and three people jumped into the open grave to set the casket straight.

Says the complaint, “Each of the three plaintiffs was injured in their efforts to right the casket and prevent the body of the decedent from falling from the casket. Ovidio Medellin, Renee Delgado and Ovidio Olivo suffered serious and potentially permanent injuries as a result of the negligence of the defendant.”

This is hardly the first time a funeral home has been accused of botching a burial. In 2011, a man sued a Chicago cemetery for improperly embalming his mother, resulting in brown liquid leaking from her head. They also placed her in a casket that was too small for the grave, so the casket was damaged as they tried to squeeze it in.

In another incident in 2009, a Philadelphia funeral home mixed up two bodies. As relatives viewed the casket, they saw a stranger dressed in their loved ones’ clothing.

The man’s daughter told the Daily News, “I touched him. We kissed him. Some of us thought it was him.”