Should Obituaries For Pets Be Placed Alongside That of Humans in a Newspaper? 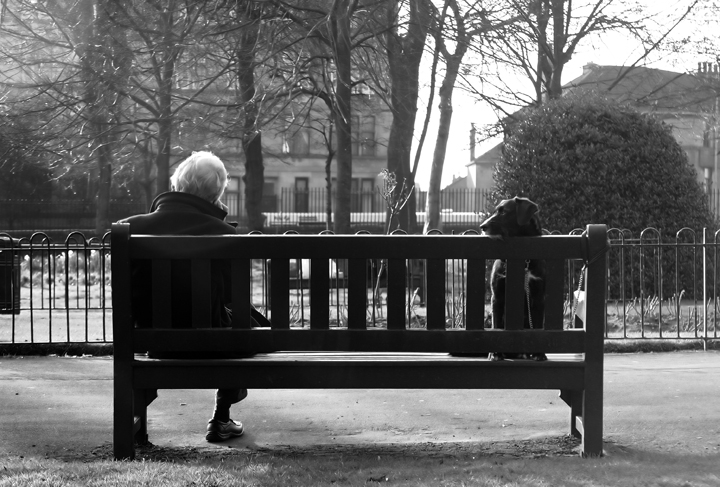 Should Obituaries For Pets Be Placed Alongside That of Humans in a Newspaper?

“An obituary is, in many cases, a first draft of history. It is a miniature biography, a culture’s recognition of a well-lived life. It can inform everything written from there on out; yet it is in the hands of a stranger. An opportunity to shape that process few people can pass up.” – Janny Scott, New York Times, July 8, 2001

At first they were scarcely noticeable – little snippets inserted in newspapers as paid fillers in the classified ads. Within a short amount of time, during the last five years, they became more frequent, eventually making their way into the obituary section. Just as the saying goes, the only time the average person appears in the newspaper is upon his or her death, the truth isn’t straying too far for those adopted companions who’ve become, in many cases, a member of the family. Printed in small-town newspapers under the monikers of Always Remembered, Pet Passings,and Pause (Paws) to Remember, the advent of pet obituaries has only increased in recent years, but not without controversy.

As early as 2002, in an article written for the Washington Post, it was noted as a peculiar phenomenon that was occurring. Not only were pets being included as survivors in obituaries of human beings, but pets themselves – dogs, cats, hamsters and fish – were in fact beginning to get their own place in the obituary section of select newspapers. While at first, most pet obituaries had been relegated to the classifieds, the trend has since seen pet obituaries making their way into those of human obituaries, a discretionary decision made by newspapers, which has generated duelling opposition.

Should obituaries for pets be placed alongside that of humans in a newspaper?

It seems on the surface, the matter of including pets in the obituary section of a newspaper is one that shouldn’t be up for debate. In some instances, it could be seen by some people as the ultimate indignity. Obituaries have, for a long time been exclusively reserved for only those of the homo sapien species. To list a pet as a loved one in a newspaper obituary… to quote some of the many commenters on the matter, could be seen as an insult and even downrightoffensive, right?

As one commenter noted in regard to the death notice of 10 year old German shepherd, Annie in the Las Cruces Sun-News, “What is this world coming to? I am as much a dog or pet lover as the next person, but I’m appalled to see a dog in the obituaries with people. I’m disgusted that you would think this is OK. Maybe your loved ones are on the same level as animals, but mine are not.”

But should it come as a surprise that pets are being given obituary recognition amongst their human companions, especially considering there are health insurance polices for animals, living wills, pet hotels, spas, nannies, hospices and even memorial services? And is it not true that pets also, like humans, grieve?

For years – centuries – humans have found companionship with pets. They’ve long offered uncompromisable companionship, emotional support and unconditional love. They’re considered best friends, faithful companions, confidantes and alleviators, and for many of them, they’ve become adopted members of a family – a bond so powerful that even in death, the bond between animal and human cannot be broken. This is essentially true with the growth of the pet obituaries. And with the growth of social media sites, pet obituaries are even finding themselves growing not just on online obituary sites but within the black and white printed pages of the local newspapers.

But problems have arisen. Primarily, it’s the dilemma that these obituaries are too grandiloquent.

As St. Louis Post-Dispatch columnist Betty Cuniberti wrote, “I’m trying to imagine a sorrowful son opening our newspaper to look for his mother’s obituary and finding her picture next to one of a hamster.”

Even The Washington Post’s obituary editor, Richard Pearson was quoted as saying, “We have to be careful so everyone gets the same treatment. We list children and sometimes brothers and sisters, but never cousins or in-laws. And we don’t list grandchildren by name. If someone died and had no relatives but a beloved dog, we would say he had no immediate survivors. If someone questioned that, we’d say that we don’t consider dogs immediate survivors. We can’t list someone’s dog and then not list someone’s cousin.”

However, over the centuries, pets have provided a comfort that equates that of the comfort given by a family member. During times of distress, spells of loneliness and moments of joy,  pets have been there to provide unconditional love. As Pulitzer Prize-winning American novelist Edith Wharton once wrote, pets are “a heartbeat at one’s feet.”

So when the death of a pet occurs, for some, this is a devastating ordeal. With the norms of society changing, birthrates decreasing, career-focused individuals focusing less on parenthood and more on lifestyle, it isn’t uncommon for these individuals to prefer a pet over childbearing. It’s what has become known as pet parenthood and with pets being seen as members of a family, their death can be as much of a loss as that of a loved one. To circumvent and perhaps lessen the pain associated with a loss of a pet, many have taken to writing obituaries as a form of therapeutic recovery.

Obituary writing has long been thought of as an essential and important step in the grieving and healing process. It allows an individual an opportunity to address in words the feelings of loss in ways that may not have been expressed before. They act as mini-memoirs and are, generally the last publicly written words about the life of the deceased. By contrast, newspaper obituaries are highly visible matters of public record – ones which are easily accessible.

As one member, Gretchen, of Germanshepherds.com wrote in a forum asking if someone would post their dog’s obituary in the newspaper wrote, “Two years ago, our German shepherd Mandy died quickly of cancer. I did not post anything in the newspaper. At the time, I was overwhelmed with work and school issues. But looking back, I wish I did because many neighborhood people and the local park workers developed a fondness for her, and when I had to tell them in person that she died, they were not prepared for it (the news of Mandy’s death) and cried in front of me. I felt like if I posted something, the news may have been easier to handle.”

Though the decision to include pet obituaries in a newspaper may be upsetting to some, it does serve a purpose in informing the community and further, helping those with grief come to terms with the loss of a pet.

Even Anthropological Professor of the University of Illinois at Urbana-Champaign, Jane Desmond once wrote in her article examining pet obituaries (Animal Deaths and the Written Record of History: The Politics of Pet Obituaries for the book Making Animal Meaning), “As with humans, pet obituaries assign value to a life, define its highlights, extol socially validated accomplishments and serve as a model of living.”