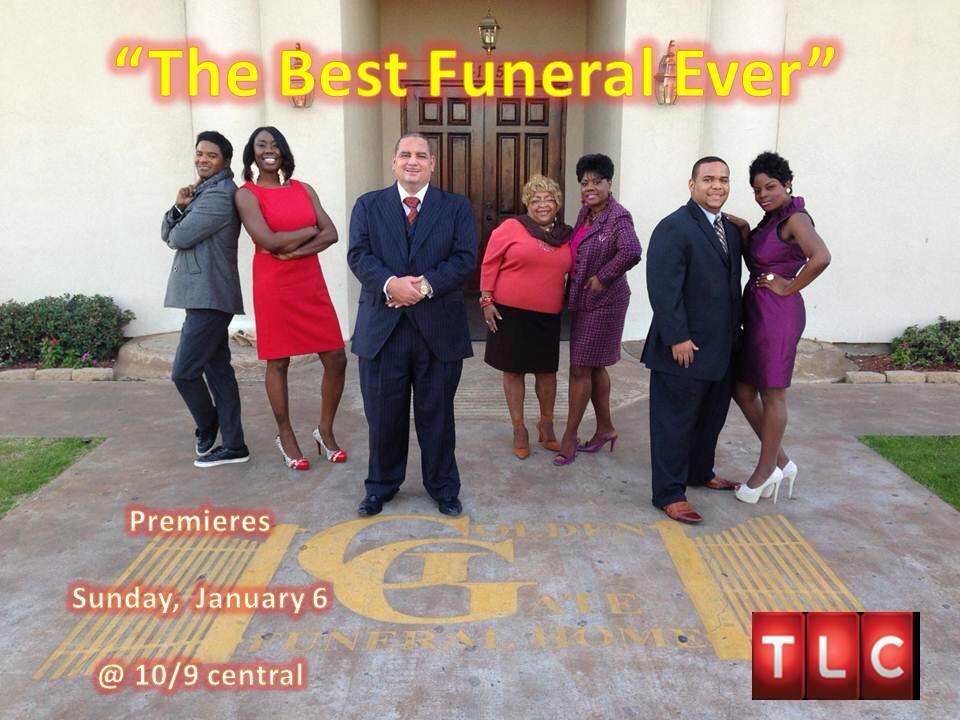 We have heard some of the negative comments being made about the upcoming ‘Best Funeral Ever’ TLC reality show featuring Golden Gate Funeral and really it’s shocking. Finally a reality show about the funeral profession that is POSITIVE and displays the impossible is POSSIBLE when it comes to funeral celebrations and now funeral professionals are throwing the negative comments.

Well, we here are ConnectingDirectors.com are very excited. We are planning a special ‘live chat’ on Sunday evening during the TLC airing of the show. We will be posting details about this in upcoming posts this weekend.

Here is a post made about the show that was posted on the Golden Gate Funeral Home Facebook Timeline:

Here is a new promo for the show that was featured on Thursday by the HuffingtonPost:

While most people think of funerals as a time to mourn the loss of a loved one quietly in black attire, folks at Golden Gate Funeral Home based in Dallas, Texas have an entirely different attitude.

In HuffPost TV’s exclusive clip from TLC’s new reality series “Best Funeral Ever”above, the death of a man who loved the holiday season inspires a Christmas-themed funeral featuring dancing, reindeer, snow, and a coffin on a sleigh.

As with any family gathering, the funeral preparation hits a couple of rough patches … particularly when one Golden Gate employee refuses to don a gingerbread head for the occasion.