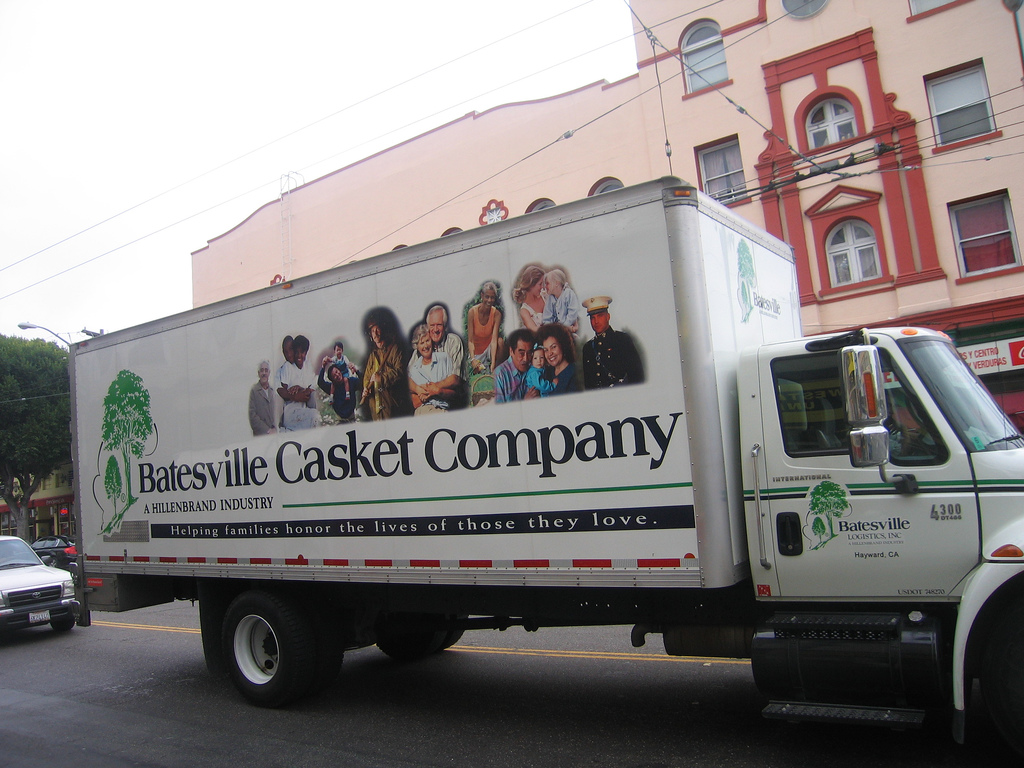 You had to dig deep yesterday for good news, no pun intended. For Hillenbrand, which is best known for its subsidiary Batesville, (formerly Batesville Casket Company), that good news came in the form of a solid fourth quarter earnings release, after the market closed.

While revenue rose 9.6 % to $253.5 million, it was below the $255.6 million consensus estimate. The big news was on the earnings front, which came in at 50 cents a share, well ahead of the 42 cents a share consensus estimate. Shares moved slightly higher in post-market, electronic trading, but we’ll see how Mr. Market interprets Hillenbrand’s earnings news in today’s trading.

For years, Hillenbrand, which became a publicly traded company in its current incarnation following its separation from Hill-Rom Holdings (HRC) in 2008, has been associated with the funeral care industry. Indeed, Batesville, which manufactures caskets, burial vaults, and urns, has been the company’s main source of revenue and operating earnings for years.

But Hillenbrand has been diversifying its business model, primarily through acquisitions, and Batesville is becoming a smaller piece of the pie.

In 2010, Batesville generated 85% of total revenue. For 2012, that fell to about 62%. Batesville still generated the bulk of EBITDA this year — $142.6 million, and while revenue has been declining for the casket maker, it is still a solid, cash-generating business.

Hillenbrand, however, has been building out its Process Equipment Group, which builds material handling equipment and systems. In 2010, the company acquired K-Tron, which manufactures bulk solids material handling equipment. In 2011, Hillenbrand acquired Rotex, which manufactures dry material separation machines. Interestingly, nearly 40% of the Process Equipment Group’s revenue is generated from the sale of replacement parts.

Last month, Hillenbrand announced the purchase of Coperion Capital, a German material handling equipment maker. The company’s largest acquisition to date, at an estimated $550 million, further moves the company away from the funeral industry.

Hillenbrand did pay a price for its latest acquisition, including assumption of nearly 200 million euros in net debt and pension liabilities, in the form of an S&P credit downgrade to BBB-.

Hillenbrand estimated that with the new acquisition in place, the Process Equipment Group will generate more than $1 billion in annual revenue (up from $376 million in 2012), with a compounded annual growth rate better than 30% in the coming years.

Hillenbrand has popped up on one of my value related screens within the past year; one that focuses on small and mid-cap stocks with solid net profit margins, reasonable price-earnings ratio and growing, sustainable dividends.

The company currently yields a solid 3.8%, and trades for 12 times trailing earnings, and 9 times 2014 consensus estimates.

We’ll have to wait and see how the Coperion acquisition works out. With the move away from the funeral industry, I also wonder whether the company will put Batesville up for sale.